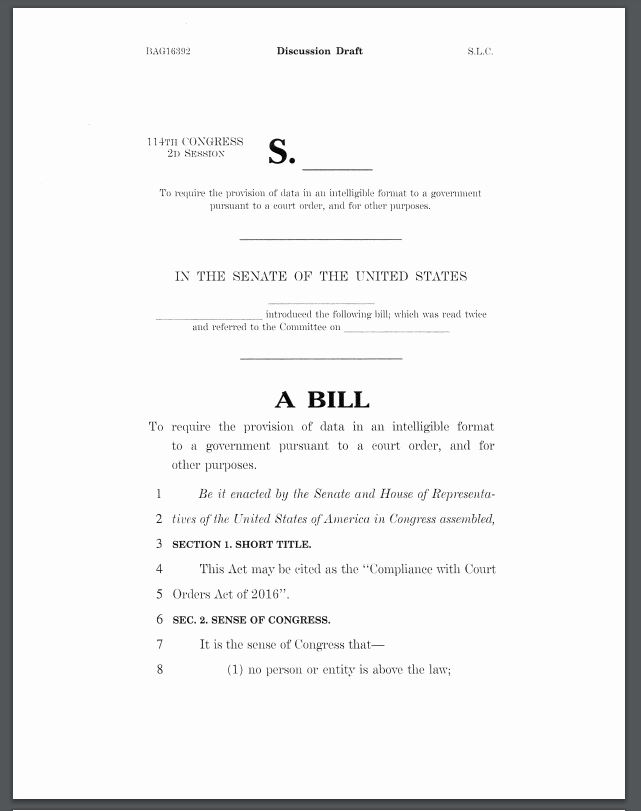 Those in power are simply liars; why we elect such people is beyond me. We cannot afford career politicians because they ALWAYS create a divide between themselves and the people. NO REPUBLIC has ever resisted converting into an oligarchy. It just does not work. I reported that Obama slipped and actually said the truth by mistake. In the case against Apple, he said if the government could not break into phones then EVERY American had the equivalent of a Swiss bank account in their phone. This is not about terrorism; it is about the hunt for money and their mismanagement of the economy.

Here is the proposed bill to outlaw encryption (encryption-bill-discussion-draft). While this is still in draft version, it demonstrates that it is them against us. Passage of this bill will DESTROY the world economy because of their greed. Outlawing encryption will end the ability to make secure payments online as hackers can gain access to anything that the government can.

Note: I will be speaking at the Hack Miami 2016 Conference for computer programmers in May. We will provide details later.