Can the Dow Crash with Little Retail Participation? 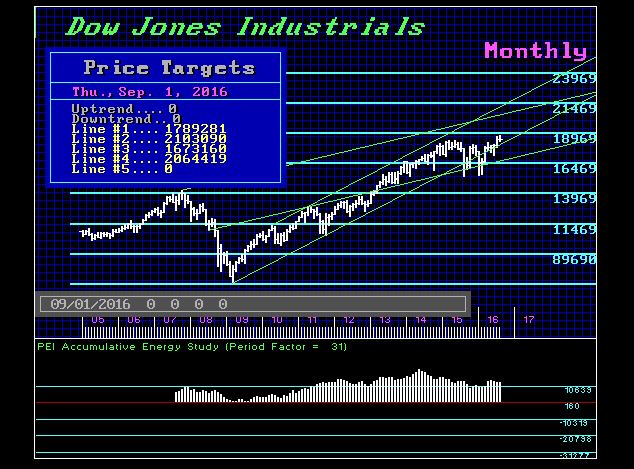 thank you for your great work with Socrates and especially for presenting the Indicators for us whom are still outside of the Trader Level.

I have some question about the recent sell off in the DOW. True, it was really time for a correction/drop. But the retail investors are still on the side-lines and the interest rates are lowest ever in history. To sell off the DOW on fears of increased rates and slower GDP growth is one thing, but then what? Where to run? Interest rates are close to zero. Bonds will loose much of their value when interest rates go up. Gold does not yield. Real Estate has already topped.

So we are back to the DOW anyway, right?

Do you see in Socrates Indicators that this Phase Transition may emerge already in the end of 2016?

ANSWER: You are correct. There will be no choice but to run into equities. With the European banking crisis looming on the horizon, real estate on the high-end has been targeted by governments around the world passing various laws against foreign ownership from making it criminal in Australia to demanding 15% of the sales by a foreigner in the USA is seized by the IRS, this does not leave a lot of room for big money to get off the grid.

Then there are the mandates by countries that pension funds MUST be invested in government bonds. This negative interest rate is creating the next major crisis. As a matter of law, these funds cannot even divest all government bonds in many countries. We are looking at a crisis far worse than any derivative or banking crisis. It is the Pension Crisis that nobody talks about. This is the political crisis that is bringing socialism to an end.

You are correct, gold offers no yield for income, only capital appreciation. That does not provide a base for institutional money to park, besides storage problems. But here to, government are tracking all buying and selling of gold. Only the institutions had to turnover their gold in 1934. Individuals could hold their gold at home in a sock drawer. So this distinction has always existed between big money and individual investors. Gold is for the individual. It cannot satisfy institutional money on a yield perspective and it cannot be protected by an institution. Consequently, gold is eliminated from a major institutional portfolio, which limits that type of investment into directing it into gold stocks for some yield.

All of that said, you are also correct about retail participation. That remains at historic lows for a bull market. So many people were hurt in 2007 to 2009, that they are reluctant to step back in. There can be ABSOLUTELY no major crash of 1929 proportion despite the choir of analysts all claiming “SELL” for it will go to anywhere from 50% to 10% of current value. Such a move just does not seem plausible. 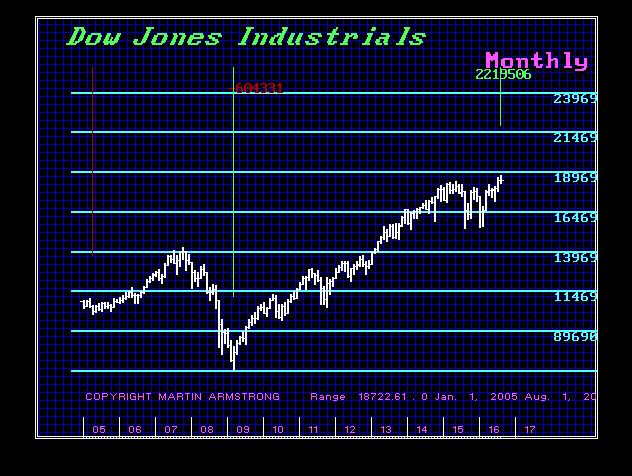 Nonetheless, our accumulative Energy Models reached the overbought stage that nearly matched our next target objective. That warned that we were getting toppy and a brief correction was likely. Likewise, the accumulative energy in 2009 at the low went seriously negative also warning this was overdone on the downside.

We will be issuing a special report because 2016 is 7 years up and that warned we could indeed see even a slingshot type of move. That means you have excessive bearishness and the pros will short the market. They are typically trapped and will then panic to get out.

Despite the claims that the bankers are too big to fail, too big to jail, and too politically controlling in Washington, keep in mind if Trump wins, we may see reality hit the bankers in the face. Without Hillary, they are in big trouble for the next loss may be their’s to keep. The “pros” are not the star traders, they are the political manipulators. The entire Glass Steagall Act was proposed BECAUSE of Goldman Sachs.

Goldman Sachs got caught up in the whole bull market just like everyone else. Under the leadership of Waddill Catchings who led the firm into joining the hot market by now creating an “investment trust” where he saw that a giant fund could maximize profits by buying and selling stocks. He promoted this as a business that was professional and the profession was investing.

The “investment trust” was sort of the domestic “hedge fund” of its day. Everyone was jumping into the game. Catchings just got caught-up in the whole thing and was very bullish going into the high of 1929. He gave this new entity the name: Goldman Sachs Trading Corporation. The deal was that Goldman Sachs would be paid 20% of the profit and the stock was offered at $104 per share. It jumped to $226 per share, that was twice its book value. This would be the very same mistake that became exposed in the Crash of 1966 when shares in mutual funds were then traded on the exchange allowing them to be bid up well beyond their asset value.

The whole bullish atmosphere was very intoxicating. Just three months into the fund, Goldman Sachs arranged for a merger of the trust fund with Financial & Industrial Corporation that controlled Manufacturers Trust Company that was a giant group of insurance companies. This doubled the assets of Goldman Sachs Trading Corporation taking it up to a staggering near $245 million. This was huge money in those days. The trust now, exploded and the assets under control are said to have exceeded $1 billion back then. Goldman Sachs expanded the leverage going right into the eye of the storm that was about to hit starting on September 3rd, 1929. In the summer of 1929, Goldman Sachs launched two more trusts Shenandoah and the memorable Blue Ridge. The shares were over­subscribed and Shenandoah was offered at just $17.80 and it closed on the first trading day at $36 per share. Blue Ridge was even more leveraged and the partners at Goldman Sachs put pressure on everyone to buy as a sign of support. The leverage was astonishing for with just about $25 million in capital, now there was more than $500 million at stake.

The disaster was monumental to say the least. Goldman Sachs Trading Company, whose shares had stood at $326 at their peak, fell during the Great Depression to $1.75. They fell to less than 1 % of their high value. The loss suffered at Goldman Sachs on a percentage basis was far worse than at any other trust. In fact, of the top trusts, Goldman Sachs had lost about 70% of everyone else’s losses combined.

So sometimes the bigger they are, the harder they fall.