The Failure of Gold in the Midst of Chaos 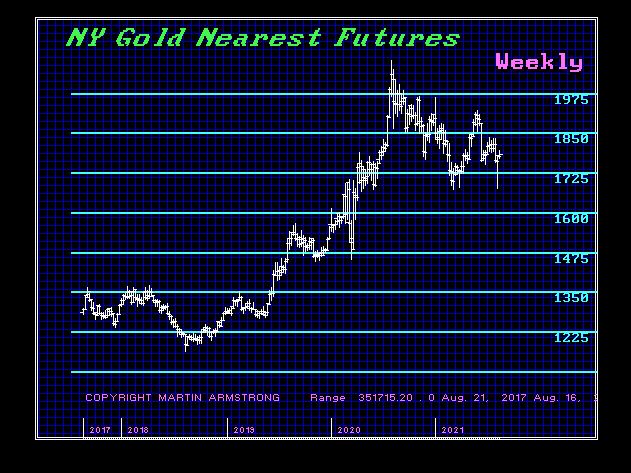 QUESTION: I have listened to the goldbugs for years. But it seems as though they always say the same thing that the dollar will crash because of debt, the stock market will crash and the only thing to survive is gold. But this advice has missed everything for years. I was told to listen to you. Can you explain why gold has declined while stocks rise and the money supply expands?

ANSWER: The old saying goes, “The way to stop the pain in your right foot is to inflict pain on your left. You will forget about the right foot.” This is not about simply vaccines. We are confronted by a real crisis called the Great Reset, which is an attempt to end capitalism as we know it. The crisis is that socialism is collapsing and to keep it going the governments have been borrowing endlessly with no intent of paying anything off.

The objective here is to eliminate paper money so they can just extract whatever taxes they want. The Bank of International Settlement (BIS) has plainly stated that they want digital currencies so the government can control what you are even allowed to spend money on.

In the face of these objectives, do you really think they will simply let gold provide some alternative currency to circumvent their dreams? I believe gold will end up as an underground BARTER type of currency and they may even terminate the ability to trade gold as they did prior to 1968 in London and 1975 in the USA. If they do that, we are probably looking at 2026. Until then, equities have been the alternative to government debt. The old ideas of money and the ability of gold to provide a hedge against this sort of tyranny would only exist in the black market.