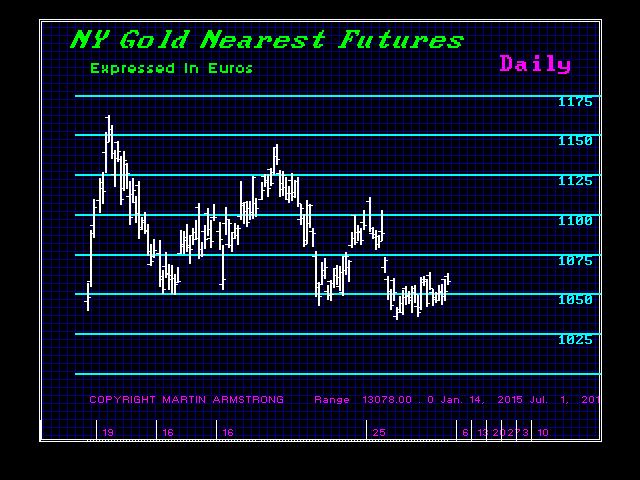 Despite the greatest political crisis in Europe, there has been “no love for gold” according to CNBC. Indeed, this crisis does in fact warn that all the theories about gold just might be wrong and are remnants of a 60+ generation who remembers Bretton Woods. Has time and circumstance changed so much that gold is becoming obsolete?

CNBC reported, “There is no reason for gold to get any love now because this is a political crisis, not a currency crisis. The primary reason you buy the ‘barbarous relic’ that is gold is fear of a global currency crisis.” They further report that Greeks have a currency (the euro) “but using it is next to impossible with the banks closed.”

This is an interesting view, but it may be incorrect. Gold has never been a hedge against inflation. When gold is “money” it declines with inflation, which is precisely the opposite of what the gold promoters claim. Look at gold during the 19th century and you will see that it crashed in purchasing power (declined with inflation) with every new discovery, even when it was money.

CNBC does raise a point that I have been making concerning coins rather than bars:

Nonetheless, the restricted use of euros is far superior than gold. Just imagine walking into a Greek merchant with a bar of gold and trying to purchase something! Seriously, if you have some gold coins lying around for just such a bunker-busting moment — would a merchant accept those? If, by some miracle the merchant agreed to accept your gold coins, either you or the merchant would need a highly accurate scale to measure the gold flakes necessary just to buy something small like a pack of gum. If they didn’t, you’d have to hunt around for another merchant who accepted gold and sold scales. (CNBC, “Greece is in Crisis — why no love for gold?”)

So what is going on? Gold is a hedge against government, not inflation, and it depends entirely upon the political crisis. The hoarding of euros is now taking place due to a fear of the new currency, but not one where the euro collapses for the average non-financial Greek citizen. This represents the bulk of the problem for gold. It is nothing close to the safe harbor portrayed by the gold promoters.

As we move into the final low for gold, we are shaking that tree very hard. The BULK of people will laugh at gold during the final stages, and will view anyone who says “Buy!” as a nut-job. Gold must fall out of favor to make the decline real insofar as establishing the final low. This is how markets move and it takes place in everything, no matter what. 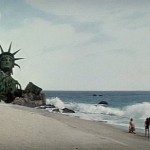 The gold promoters continue to paint a future with a collapse in the dollar, so buy gold. Yet is the future they paint even plausible? A realistic review of gold and the past must be addressed in order to comprehend the future. Has the role for gold changed? If China or Texas issued a gold-backed currency, what would be different from European austerity? We are beginning the production of our world reports for 2016 to answer these questions and a lot more: Gold 2016 and Beyond.