British Pound – How High is High? 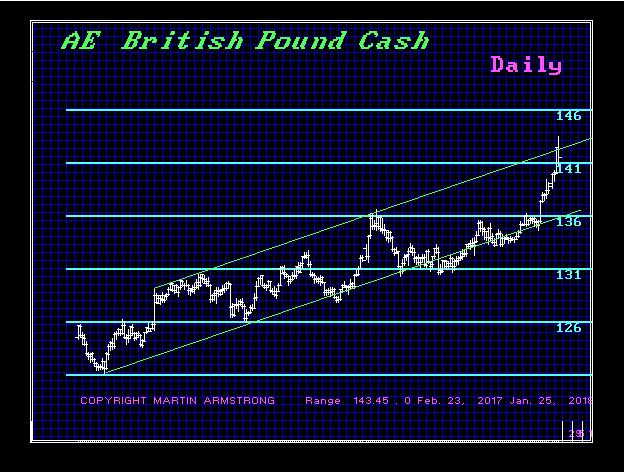 ANSWER: In 2016, the British pound elected the Yearly Bearish Reversal at 14000. It is normal to retest that level since we closed 2016 at 12321 well below the Reversal. Therefore, the 1% rule applied and we should retest that Reversal before following through. That is what 2018 is all about. The next big turning point for the pound against the greenback will come in 2019. However, the next major crisis point will be 2021.

As for right now, we have a Directional Change next week. Therefore, failing to exceed this week’s high next week means we can retest support into the week of February 5th. Thereafter the week of 19th will come into play and volatility will rise for the end of February. The major technical resistance is in the 15000 zone. Only a closing above the 16700 area would reverse the long-term trend.