Late Queen Elizabeth II to be Removed from Currencies 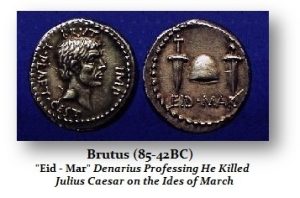 As in late times, as rulers come and go, the currency changes to reflect the change of power. In ancient Rome, for example, they would announce the coming of a new emperor on the coinage. The Romans used the reverse of their coinage as newspapers announcing victory, great building projects as the opening of the Colosseum, or political events such as the destruction of tax records by Emperor Hadrian recording one of the earliest tax amnesty events. Pictured here is the famous “Eid Mar” denarius of Brutus (85-42 BC), announcing he killed Caesar on the Ides of March in 44 BC.

Queen Elizabeth’s death will also cause numerous changes in currency. “Current banknotes featuring the image of Her Majesty The Queen will continue to be legal tender,” the Bank of England said shortly after her passing. The Royal Mint is continuing to “strike coins as usual” and has not announced when they plan to replace her image with the newly appointed Kings Charles III. The currency was updated five times during her rule to reflect the natural aging process. There are currently 4.7 billion UK banknotes in circulation worth an estimated 82 billion pounds ($95 billion). These bills will circulate for years to come as it takes an extensive amount of time to swap out currency.

The United Kingdom is not the only one who now must change its currency. Queen Elizabeth II broke the Guinne 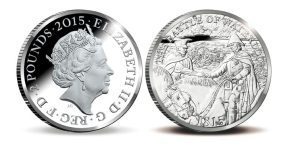 ss Book of World Records for being the longest reigning monarch after sitting on the throne for over 70 years. She also made history by appearing on more currencies than any other living monarch. At least 33 countries feature currency with the late queen’s image. Some countries removed the queen’s image decades ago after gaining independence. Jamaica replaced her image in 1966 with Marcus Garvey, while Bermuda changed its banknotes to feature native animals. Trinidad and Tobago also replaced her image with a coat of arms.

Canada, Australia, New Zealand, Belize, and many others will need to update some of their currency. While the UK is refraining from making a statement until after the 10-day mourning period, other nations have explained their plans. The Reserve Bank of New Zealand, for example, said, “All coin stock for a denomination showing the Queen will be issued before new stock goes out with her successor’s image. This is a few years away.” The central bank said that it would be “wasteful” to shorten the lifespan of the existing currency in circulation, but they do plan to transition to currency featuring the new king in “several years.” The bank is also concerned that a rapid transition could affect its liquidity due to supply chain disruptions or sudden demand.

All existing currency with the queen’s image is valid and legal tender. It takes years for the currency to change, as it is an expensive and gradual process.