On February 10, President Joe Biden stated that he would “work like the devil to bring gas prices down.” That was short-lived. By February 22, Biden announced that gas prices will continue to rise. “Defending freedom will have costs for us as well, and here at home. We need to be honest about that,” Biden stated to deflect the blame.

Biden continued: “But as we will do — but as we do this, I’m going to take robust action to make sure the pain of our sanctions is targeted at the Russian economy not ours. We’re closely monitoring energy supplies for any disruption. We’re executing a plan in coordination with major oil producing consumers and producers toward a collective investment to secure stability and global energy supplies. This will be — this will blunt gas prices. I want to limit the pain to the American people fueling at the gas pump. This is critical to me.” 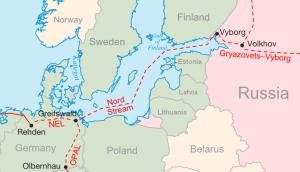 It is comical to say that sanctions will only hurt Russia’s economy. Biden stated he spoke with German Chancellor Olaf Scholz and was in agreement with Scholz’s decision to suspend the certification of the Nord Stream 2 pipeline to Russia. CNN even reported the decision as an economically masochistic act, “The West showed Tuesday it was ready to target Russia’s huge energy industry — even at the risk of hurting itself — after Moscow ordered troops into parts of eastern Ukraine.” The pipeline should have been approved long ago when the worldwide demand for gas did not align with supply. Last October, Putin stated that he was ready to begin distributing gas to Europe immediately if they were willing to work with Russia. Leave it to politicians to turn a problem into a crisis. 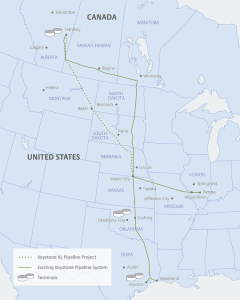 Then there is the Keystone XL Pipeline Project that was terminated in June 2021 after President Biden revoked the permit as soon as he took office. The climate change crowd declared this a major victory, blindly ignoring the consequences. The climate change advocates have also caused fracking to become a moral issue, preventing an increase in domestic production.

Once nations are unable to purchase gas from Russia, they will turn to the Middle East and elsewhere, which will tighten global reserves. Rising energy prices will contribute to inflation, and transportation costs will rise. The West has lost control over the energy crisis in its bid to burn down the world to Build Back Better.