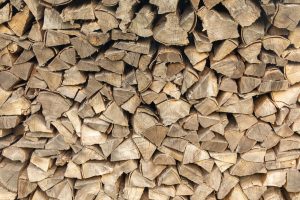 We are quickly reverting back to the Dark Ages. Cooking and keeping warm with fossil fuels may become a luxury as the energy crisis spreads across the West. Reports are growing from Germany that people are stockpiling firewood before the winter season. Google search results for “brennholz” (firewood) peaked this August in Germany as their government announced they would continue supporting Ukraine indefinitely.

Half of German homes are heated by natural gas, while a quarter uses oil. Less than 6% reported using firewood, but that is set to change as even firewood is now in a shortage. Germany’s Federal Firewood Association announced earlier in the summer that wood was becoming scarce. People are now importing firewood from Poland, but people there are also buying up firewood as no one can afford these rising prices. Governments are offering no solutions, and people have reason to fear the future.

Versorgungssicherheit is a word describing the fear of a shortage. Due to this fear, many companies are rationing the number of firewood bundles people are allowed to buy. The Federal Network Agency expects gas prices to TRIPLE by early 2023. The energy crisis spreading across the West will result in growing civil unrest and could trigger a major geopolitical event across Europe as people will be faced with hardships this winter not seen in a lifetime.