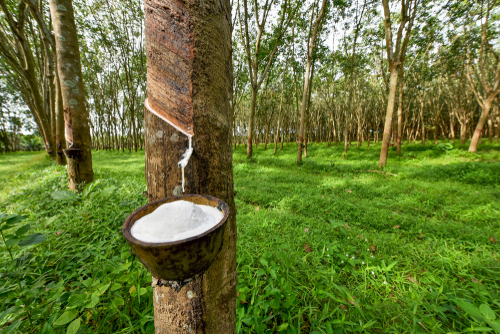 People may not realize that 90% of all physical trade is moved by container ships. Because of COVID-19, the disruption in the supply chain has created a shortage in containers never seen before. Because companies could not ship their good during the lockdowns, the attempt to catch up has led to a massive shortage of containers. The Suez Canal block only exasperated the crisis.

Some believe a major crisis unfolding in rubber, which some now believe has been deliberately created to reduce global warming by preventing tires from arriving for cars. Rubber is used far beyond just tires. Nevertheless, rubber producers face climate change restrictions, activists who would love to see them shut down completely, a destructive fungus, and then the continued politicization of COVID-19. In Japanese yen terms, the high in rubber took place on an annual closing basis back in 2010 with the intraday high in 2011. We saw a 10-year decline with the historic low forming last year, which ended up creating an outside reversal to the upside. From a long-term perspective, rubber looks to be poised for a broader rally into the years ahead. Short-term, there has been overhead resistance.

« Shortage of Chickens
Is Gates Thinning the Heard with a Food Crisis? »