Pandemic Can hit the Food Supply 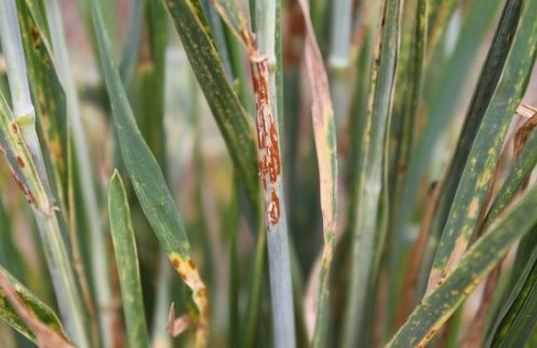 We tend to think about a disease that infects humans or even animals that results in widespread crisis. However, what is also unfolding is a rise in a disease that infects the food supply. Wheat leaf rust is a fungal disease that affects wheat, barley and rye stems, leaves, and grains. This is now beginning to appear as a PANDEMIC since scientists have shown that the first appearance of wheat stem rust disease that appeared in Britain about 60 years ago and had reappeared since 2013, was caused by the same virulent fungal strain that was responsible for recent wheat stem rust outbreaks in Ethiopia, Denmark, Germany, and Sweden.

We are beginning to see PANDEMICS in a disease that also infects agriculture. This is not a trend we want to see given our computer is projecting a rise in food prices going into 2024. This crop disease is on the rise and can seriously disrupt our food supply. The cocoa farms in southwestern Nigeria, which is the nation’s primary growing region, has been hit with the outbreak of a fungal disease identified as dieback. This disease simply kills the plant.