The Next French Revolution 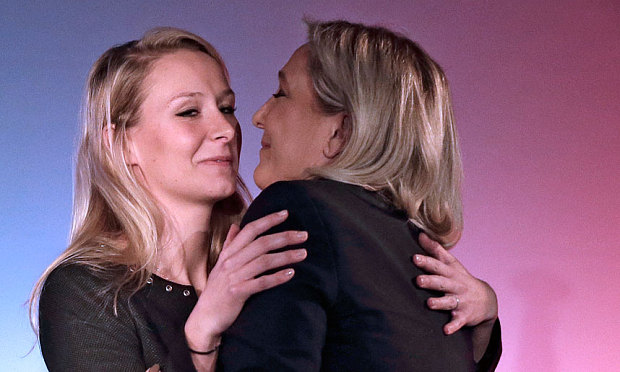 Politics in France are changing and the shift underway is ahead of the 2017 presidential elections. Today, France’s far-right National Front won almost 30% of the vote. Between the high taxes, abuse of socialists who have driven the economy into the ground (as evident by the share market decline when everyone else had been making new highs), rising unemployment, falling property prices, and now the Islamic State attack that killed 130 people in Paris on Nov. 13, Marine Le Pen’s party secured 29.4% of the vote nationally. This anti-Europe, anti-immigration party, which came first in six regions out of 13, is warning that things are changing in Euroland. “This is a historic, extraordinary result,” Front National lawmaker Marion Marechal-Le Pen told TF1 television, “The old system died tonight.” Marion is the granddaughter of Jean-Marie and niece of Marine Le Pen. She is a glamorous 25-year-old who is upsetting the political tables much like Donald Trump in the USA. Marion is overthrowing the mainstream conservatives and socialists. This nationalist type of movement has not been seen in France since Napoleon. She was elected at 22 to be the youngest in French history. This is showing the generational shift our computer has been projecting for this period. A full-blown political turn.

« Switzerland Abandons Its Historic Principles
The French to Surrender ALL Rights? »