Christine Lagarde Could Be Charged With Money Laundering? 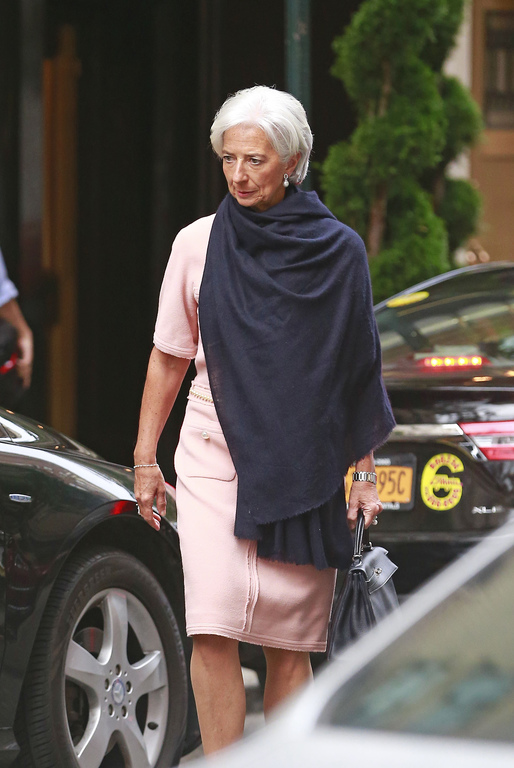 Christine Lagarde, head of the IMF, could be charged with money laundering as she transported more than $10,000 worth of goods without declaring them. Lagarde appeared in New York City wearing French designs in a Chanel dress worth €3000, €6000 for her Hermès handbag, and at least €500 for her Christian Louboutin shoes, bringing the total to about €9500, not counting jewelry of course.

First of all, the rule requiring travelers to report any items valuing over $10,000 is NOT per person, it is the traveler and whomever they are traveling with. Moreover, the definition is “currency or negotiable monetary instruments” which is such a vague term it is open to interpretation at their discretion. Back in the 1970s, I flew to Bermuda to attend a Sotheby’s auction. I purchased some coins at auction and paid by check. I had them in my briefcase with the prices I had just paid. The agent looked in my briefcase and said he was confiscating the coins because I did not declare them. I grabbed the briefcase back and said I would stay in Bermuda. We argued and he said they were a “monetary instrument” since I could resell them, despite the fact I paid by check. Fine, I said, I could also sell my clothes. Did that make them a monetary instrument as well?

They backed off and said next time I need to list such things. For decades afterward when I reentered the United States, they smiled while looking at the screen, then frowned as they asked me to open the briefcase.

Their interpretation, completely arbitrary, includes anything they deem resalable. In Japan, there is a major business in second hand name-brand clothes. This is a very big business in Japan. Hence, Lagarde could be charged with money laundering, for she is wearing more than $10,000 worth of resalable goods, making them a “monetary instrument”.

Modest Public Servants who live the High-Life. They must be very frugal with their money at least when it comes to taxes.

« Tax Rebellion in Denmark?
Biting Your Nails While Driving is a Fine in Spain »