Belgium Riots Reach up to 100,000 People Against Austerity 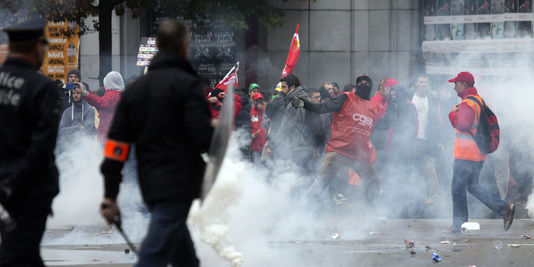 Major protests have broken out in Belgium over AUSTERITY, according to Le Monde. According to the police, up to 100,000 people demonstrated in the center of the capital against the AUSTERITY measures imposed by Prime Minister Charles Michel. The protests in Europe will get much worse on the other side of 2015.75.

« Is Nigel Farage the Only Politician Who Can Save the Future?
Merkel’s Dream »