Ukraine was Never a Country until 1991 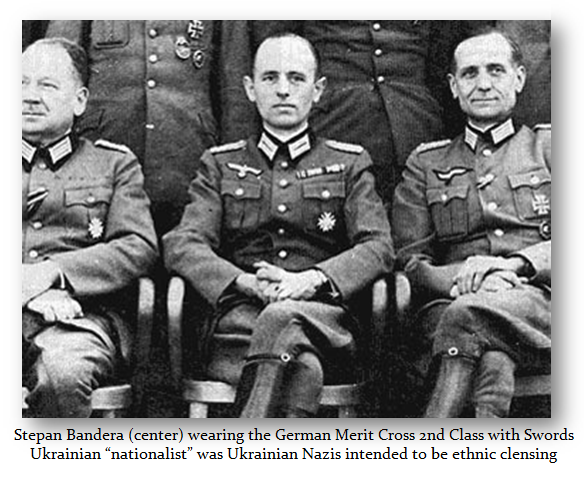 Ukraine was NEVER a country until 1991 east of the river. That is why Bandara joined Hitler’s Nazis, promising they would be allowed to form a nation. Kiev was the origin of the Rus who are the Russians today. I am telling you I know Kyiv very well. They are the MOST corrupt government in the entire world. You cannot deal with them and ever expect the truth. They routinely created false flags, they shot down that Malaysian flight and tried to blame it on Russia.

I have warned from the start – DO NOT SEND ANY MONEY TO UKRAINE. If you want to help the Ukrainian people, give it to the Red Cross. The people will NEVER see a dime.

I do not care if you want to kiss the ground Zelensky walks on. You are just one of those brainwashed souls who cheered the invasion of Iraq because Saddam threatened nuclear war with his hidden weapons of mass destruction that never existed. Iran has them, and nobody invades them.  You will believe anything the Neocons will tell you. You obviously lack the ability for independent thinking.

Here we have a nuclear war, and people are cheering it and hating all Russians.  Be very careful of what you wish for. Peace seems to be no longer fashionable in this new cancel culture constructed on hate. Elon Musk just saw the real character of Ukraine. They hate Russians and are still ethnic cleansing. So now you would be on the side of Hitler.

The Ukrainians are fighting for the territory that was never theirs. They want Russia out, but they will exterminate all Russians in their territory. The West ignores the fact that the Ukrainians carried out a massacre of ethnic Russian who lived in Odessa. Thanks to John McCain, the US has been funding the civil war against Russian-Ukrainians in the Donbas. Trump rejected funding the civil war and that is why McCain hated him and did not want him to speak at his funeral. I met McCain. He was a vengeful man.

Western Ukrainians simply hate Russians and this goes back to Bandera in World War II. The West was not upset when the Ukrainians were beating Russians on the street in Odessa, chased them into a building, and then burned them to death alive. That was perfectly fine because they were Russian after all.

Not one Western newspaper took the side of any Russian. It has always been Ukraine walks on water and the air. They are leading us into World War III and you will never find a country so embroiled in hatred as Ukraine. 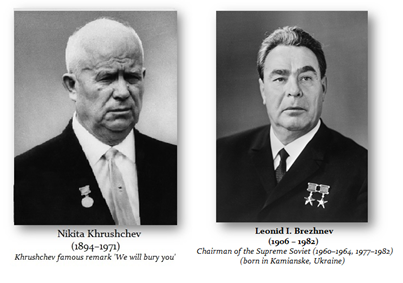 As I have said, two Russian leaders came from the Donbas. Khrushchev even rebuilt Kiev after the war. Yet these people want to claim the Donbas is theirs, eliminate all ethnic Russian Ukrainians, and they have rejected every effort at creating world peace. The Ukrainians have rejected the Minsk Agreement. The pretend leader of Ukraine in high-heels, has called on NATO to launch the first nuclear strike to destroy all of Russia. And this is the guy people in the West cheer? He will destroy the entire world all for his hatred. That qualified him as being UNCIVILIZED.