Thank you for all the training you have been teaching us for years. Even though I have gone through 3 universities and have special titles in economics and finance, only after accompanying you for these 15 years, I could understand a little of the true world in which we live.

I have two points that I would like you to please update us on. One about the serious problems in emerging economies that you have been constantly warning us about and the other about the real estate market in which you anticipated it would only gain momentum after 2032 according to your cycle chart attached.

About the BRICs I am seeing the Brazilian economy making a major restructuring in public spending, decreasing social security spending and other measures that have improved the accounts and greatly increased confidence. Millions of dollars are flowing into real estate with an appetite I haven’t seen in a long time. What is your opinion about these flows? Will real estate grow vigorously or not? I see that funds like Blackstone etc …. are creating thousands of funds for real estate. Are we going to have now another boom in real estate in Brasil and all world? How does this fit in with your constant predictions and analyzes?
You have been predicting that the capital available to finance new homes would decrease but I see it has been growing absurdly.

You have repeatedly stated that low-interest rates for a long time were destroying pension funds. However, I do not see USA popular uprising after 11 years with rates close to zero which combined with hidden inflation certainly lost more than half of purchasing power.

I see Brazil obsessed with lowering the interest rate more and more on the grounds that it will stimulate the economy. I found that this drop in rates boosted real estate sales. Certainly capital is seeking better rates of return in real estate than in the bank.

How do these “apparent” divergences confront your analysis and predictions?

Thank you for your continued help. Please help me get out of this big conflict in my head between the real world that  I am seeing and your statements. 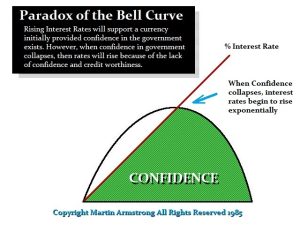 This was the position of Brazil. You are also making the PRESUMPTION that the efforts in Brazil WILL BE successful simply because that is their public opinion. There has been no Bullish Reversal elected on a monthly level in the Brazilian bond markets so you are talking about anticipation. Central banks make all sorts of statements because they KNOW it is a confidence game. That does not mean things will unfold as they proclaim.

The Central Bank of Brazil voted unanimously to trim its key Selic rate by 50 bps to 4.50% during its December meeting. It was the fourth consecutive rate cut bringing borrowing costs to its lowest on record. This Keynesian economics plan is neither negative nor experimental as the negative rates in Europe and Japan. Brazil is lowering rates because of the global economic slowdown in HOPES that it will help the domestic economy recover (which it has not just yet). Brazil is NOT following Europe, and that said, any further lowering of rates will be data-dependent. Higher rates add to inflation through the cost of financing.

The peak in rates was 45% back in March of 1999, and a record low of 4.50% in December of 2019. You seem to have a lot of faith in central banks being able to manipulate the economy. That is your conflict. You believe them too much.

The average person in the USA is not going to rise up because of pensions until it starts impacting more people. Social Security covers only about 40% of the average person’s retirement cost. There is only about $407 billion in state & local pension funds. The total amount people have put into private 401(k) plans is about $6.5 trillion. The unfunded state and local LIABILITIES now exceed $6 trillion.

Up to now, the bulk of the pension crisis has been in the public sector – not private. It has begun to spread to some large companies. If you expect everyone to start rioting before it even hits them, I think you are being unrealistic. Major companies are already freezing pensions, but this is impacting unions so far. For the first time, you have organizations forming because of pension freezes. Illinois is going bankrupt because its supreme court ruled they cannot renegotiate public pensions. There has been an open discussion that they should just dissolve Illinois because they cannot default on the pensions. CALPERS of California has politicians looking to usurp all private pension in California and hand them to CALPERS to save public pensions. CALPERS has been lobbying in Washington for such authority to seize even 401K plans of private individuals. There are many starting to look at CALPERS, they have dubbed the pension fund that ate California.

Real estate is a LEVERAGED market in many economies. Each market will depend upon what extent the real estate is leveraged. The problem is that real estate has is this dependency upon bank lending. If banks refuse to lend long-term, then real estate collapses to the degree of leverage. The average market remains well below the 2007 high. The high-end market rallied in particular areas where foreign capital was moving in to escape places elsewhere. So you saw new highs in Vancouver, Miami, New York, LA, and London just to mention a few. This was not the trend outside of those cities in the regional markets. So do not confuse the regional centers with the targets of foreign capital high-end sectors. Also, you better understand the leverage. The critical factor is that when confidence in the long-term collapses, banks will not lend long-term so to sell a place will require a cash buyer. I just had a friend who bought a place that had been sold for $7 million in 2007, which he bought at auction for $2.6 million because there were no buyers in a regional market.

Buying up real estate for cash in these BRICS is all currency based. I have explained that in 1985 when the British pound fell to $1.03, the Americans were buying up everything for the country was on sale like at Harrods. The Brits thought we were crazy for paying high prices in pounds. But the foreign investors were coming in with dollars. This will be the same in the BRICS as the dollar moves even higher. It is the real estate markets in USA and Europe where taxes are rising and lending will become questionable. Not cash deals in the BRICS.

The attempts of Brazil to reform are in line with the Economic Confidence Model turn on January 18, 2020. The next cycle should be one where commodities begin to rise mainly between 2022 and 2024.