Why BigTech are State Actors & Violate our Civil Rights 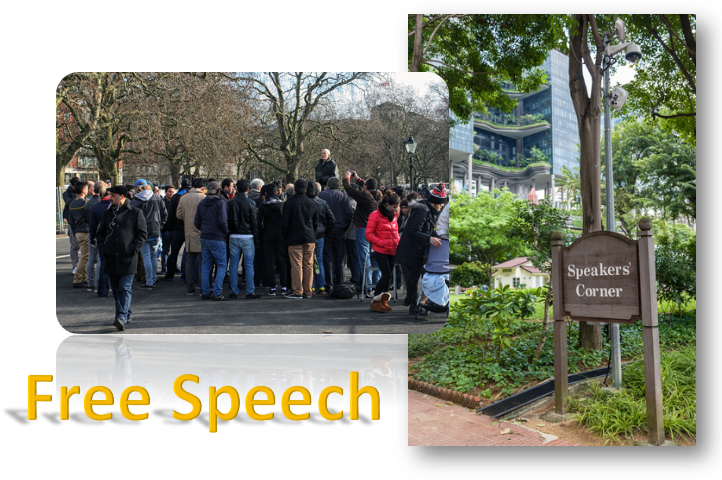 As many know, I lived in London years ago. At the upper end of Hyde Park by Marble Arch, there is Speakers’ Corner. That is where anyone could stand up and talk about anything that they wanted. You were free to listen or just walk away. There would often be a crowd, and that was not an indication that they agreed. It simply meant that the topic was curious, worth listening to or just entertaining crazy talk.

Speakers’ Corner even shows up on Google Maps, showing that this is indeed a landmark. What is important about this is that Twitter, Facebook, and YouTube, especially those who claim to be public forums, also claim they have the right to censor what you say or even think. Section 230 only gave them immunity from suit because someone posted something another did not like. In that context, it was a reasonable grant of immunity. It would be like suing the city of London because someone at Speakers’ Corner said something that offended you.

You cannot be a public forum by deleting people and canceling anyone you do not like. Speakers’ Corner in London is what these forums were supposed to be. If someone is a Nazi and hates Jews, so be it. They have a right to say that just as the rest of us have the right to shake our heads and walk away as in Hyde Park. It used to be an easy world. If someone was talking to themselves walking down the street, we just looked at them as being strange. We didn’t run to the police screaming we were offended by what the crazy person said. Today, people are walking down the street and talking perhaps to themselves, but then again, maybe they have an earpiece for a phone. Life has become much more complicated. Now it seems the crazy people are in charge of the forums in BigTech and they are saying we no longer have the right to free speech.

Facebook whistleblowers have leaked documents detailing the effort to censor vax concerns on a global scale secretly. None of this is legal for Twitter, Facebook, and YouTube all have connections to the left side of government and that means that they are acting in violation of the Constitution under the pretense of being private when in fact they are acting as agents of the state. This needs to go to trial and the jury will decide if these people are state actors. If so, then they are violating every principle of the Constitution.

The removal of Lt. Col. Matthew Lohmeier from the U.S. Space Force this month after he publicly stated his opposition to Marxism and Critical Race Theory is part of a very dangerous new wave of censorship that is transforming the United States into East Germany under the Communists. Speakers’ Corner was the very core of a free society which once stood in contrast to Communism and authoritarian forms of government. This is precisely what these people are resurrecting — the worst of human history.