The Abuse of Prosecutor Discretion Is a Real Crisis 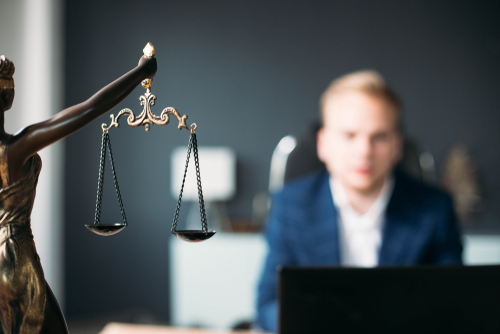 QUESTION: Mr. Armstrong; your explanation of Cohen’s plea is the most authoritative I have read. In other words, even Comey violated this statute by coming out to exonerate Hillary during the election since that was something of value and was intended to influence the election. Didn’t Obama try to influence the elections in France, Britain, and Canada? It seems as you say this is always selective prosecution.

ANSWER: Yes, Obama made direct efforts to influence the elections in Canada and France and stuck his nose into the BREXIT vote telling the Brits they would be at the back of the line. When Comey came out and exonerated Hillary, he too was trying to “influence” the presidential election. The bias among TV newscasters and newspapers is a direct attempt to influence the elections. Nobody prosecutes them and the media is paid by the opposing party. Goldman Sachs banned its employees from donating to Trump, which also violated the law. Why was Goldman Sachs not prosecuted as was Cohen?

The charges against Michael Cohen are bogus and they run afoul of the very same strategy they used to destroy the accounting firm Arthur Anderson LLP in the Enron matter. There is something called a NEXUS which they always overlook. In the case of Arthur Anderson, the District Court based its instruction on the definition of “corruptly” as “ ‘knowingly and dishonestly, with the specific intent to subvert or undermine the integrity’ ” of a proceeding. The Government, however, insisted on excluding “dishonestly” and adding the term “impede” to the phrase “subvert or undermine.” The District Court agreed over petitioner’s objections, and the jury was told to convict if it found petitioner intended to “subvert, undermine, or impede” governmental factfinding by suggesting to its employees that they enforce the document retention policy.

The Supreme Court has expressly stated that:  “We have traditionally exercised restraint in assessing the reach of a federal criminal statute, both out of deference to the prerogatives of Congress, Dowling v. United States, 473 US 207 (1985), and out of concern that ‘a fair warning should be given to the world in language that the common world will understand, of what the law intends to do if a certain line is passed,’ McBoyle v. United States, 283 US 25 (1931).” United States v. Aguilar, 515 US 593, 600 (1995).

It is critical to understand NEXUS. In Aguilar, supra, he lied to a Federal Bureau of Investigation agent in the course of an investigation and was convicted of “ ‘corruptly endeavor[ing] to influence, obstruct, and impede [a] … grand jury investigation’ ” under §1503. 515 U.S., at 599. All the Government had shown was that Aguilar had uttered false statements to an investigating agent “who might or might not testify before a grand jury.” Id., at 600. We held that §1503 required something more–specifically, a “nexus” between the obstructive act and the proceeding. Id., at 599—600. “[I]f the defendant lacks knowledge that his actions are likely to affect the judicial proceeding,” we explained, “he lacks the requisite intent to obstruct.” Id., at 599.

In the case of the statute used against Michael Cohen, paying money to these two women it is highly debatable if it had any direct impact upon the election. The requirement under this statute expressly states that the court must take into the seriousness of the violation. Under this strained interpretation that in theory, this violated campaign limitations is that the maximum an individual can contribute is $2,700. Since Cohen paid the women, prosecutors made it clear that the payment was a campaign contribution because Cohen was repaid by the Trump Organization after he submitted “sham” invoices for legal work.

If I were Trump, the instant the House convenes to consider this a criminal act to impeach the president, I would immediately file for a Declaratory Judgement in the Supreme Court to argue that this theory is once again an abuse of Prosecutorial Discretion. This only further supports my argument that statutes should first be reviewed for constitutionality BEFORE enforcement and prosecutors and courts cannot stuff every loose theory into the words of a statute.

(3)In any criminal action brought for a violation of any provision of this Act or of chapter 95 or chapter 96 of title 26, the court before which such action is brought shall take into account, in weighing the seriousness of the violation and in considering the appropriateness of the penalty to be imposed if the defendant is found guilty