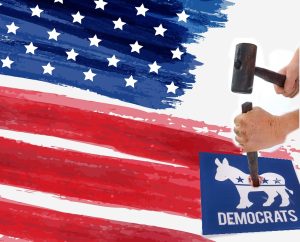 The House vote on impeaching Trump may be the stake through the heart of the Democratic Party. Most of the people newly elected were extremely left and they remain vulnerable when they barely made it to Congress, like AOC whose approval rating is just 31%. This will be a test for the moderates v the extremists in the Democratic Party and if the moderates vote on party lines rather than the facts, many will be putting their own seats in jeopardy come 2020. Those in favor of impeachment come in at 45% and 45.8% of Americans who favor removing him from office. It is a very heated debate inside the Democratic party. 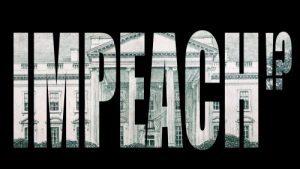 When the Republicans impeached Bill Clinton, it did not go well for them. Newt Gingrich who championed the impeachment lost his seat. What is clear is that Trump would not be removed from office. He may even test the claims before the Supreme Court. Here we have Obama and Biden using the FBI to investigate Trump during the election, which under the new Democratic theory warranted impeachment. Voting for impeachment can be a major blow to the Democratic Party that eventually contributes to splitting the party as our computer has been warning.

If the FBI made that call to ask if Ukraine would investigate Biden withholding money there would be NO ISSUE! Trump did not interfere with an investigation as Biden did. Trump simply asked to investigate and report if there were any illegal acts. That was nothing compared to Hillary funding the dossier that began the entire Russian investigation or Obama wiretapping the Trump campaign.

The Clinton’s foe gave the wink and the nod to the bankers who set out to take over Russia by blackmailing Yeltsin with the $7 billion they got him to take from the IMF loans and diverted it to Geneva through the Bank of New York. Indeed, CNN reported the money was taken from the IMF and only sanitized their reporting to protect the Clintons later by dropping any reference to the IMF. Yeltsin turned to Putin on August 9, 1999, when he realized he was set up by the New York Bankers. Putin knew this fully well and Hillary had given the wink and the nod. It was Hillary who started this narrative that she lost because of Russia’s interference in the US election. She did not reveal that it was retaliation for her prior sanction of the US interference in Russia’s 2000 election.

Congress is well aware of the fact that U.S. banker’s attempted to interfere in the Russian elections, which was sanctioned by the Clintons. They passed a resolution prohibiting any American to be questioned by Russians for they knew full well that they had dirty hands. When someone is guilty, they typically blame someone else. That seems to be why the Democrats have preferred to restart the cold war because Hillary was defeated after accusing the Russians of what Clinton’s banker friends attempted in 1999.

In the complaint used by the Democrats for impeachment, the claimed whistle blower is protected and that does not comport with Due Process of Law. In a trial, that person will be called to testify. If the Democrats try to withhold that, I would suspect it will go to the Supreme Court. You have an absolute right to face your accuser in a democracy. This protected whistle blower said they did not understand Trump’s request that Ukraine locates and turn over a server used by the DNC during the 2016 presidential election. He defends the Democrats and claims it was subsequently examined by CrowdStrike, a U.S. cyber security firm.

Then FBI Director James Comey stated that the DNC had denied the FBI’s requests to examine the breached servers. Comey then said at the time that the FBI and DNC agreed to let the private firm CrowdStrike access the servers and share the findings with investigators who were lavishly paid by the Democrats. There was no “hack” of the DNC computers. They simply answered a phishing email to confirm their password, and even Mueller’s report confirmed there was no hack. This explanation is completely insane. So the FBI would allow a private company to investigate someone and then indict that person without ever verifying the investigation itself? The FBI allowed the DNC to circumvent the law entirely!

Honestly, there are many questions that would rise to the Supreme Court, for this will be the trial of the century if the Democrats are that stupid. They cannot hide the server that is now part of the whistle blower’s complaint nor can they hide the whistle blower and prevent them from testifying in a trial in the Senate. This is like some medieval trial that completely denies the Due Process of Law. I would grill that whistle blower publicly, and if they tried to deny his testimony the Supreme Court will get involved. This could become the trial of the century.

« British Elections are a Warning to Democrats
Vaccines & Corruption »