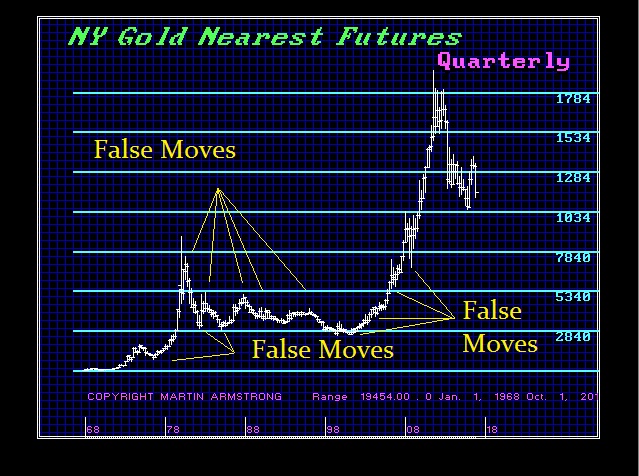 QUESTION: I noticed your chart on the third party activity. Do you find that it does not matter what data series you are looking at the patterns are always the same?

Thank you for your brilliant education

ANSWER: That is an absolutely correct statement. What you are looking at be it politics or markets, the way in which we respond to each event is the same. People act like herds of animals and we move instinctively according to everything and everyone around us. 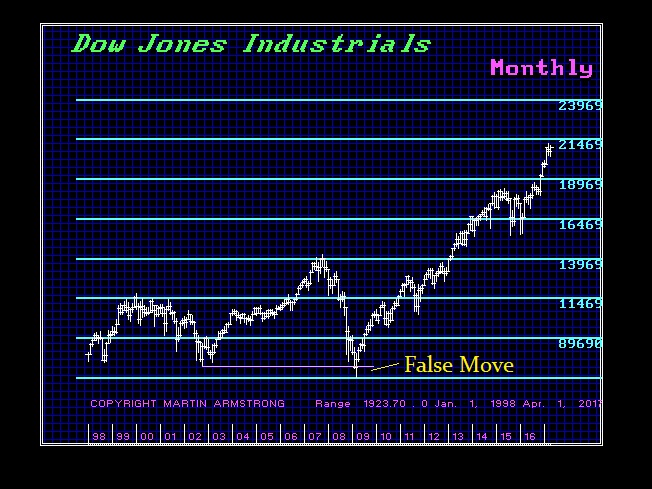 Without investigating the past there is no possible way we will ever understand the correct question to ask. People get all emotional about Trump. They just hate his guts and if he fell to the ground on fire, they would not even piss on him until he was dead. You just mention his name to some of these people and they will call you a racist. The very same identical response was hurled at anyone in Britain who voted for BREXIT. They were calling supporters racists there too. A friend of mine in Britain told his wife and children not to discuss BREXIT with anyone because of this same sort of hatred that was emerging calling them racists.

From a purely technical perspective VOID of political affiliation, emotion or hatred, Trump is what we classify as a FALSE MOVE. He is the calm before the storm. He has tried to reverse the course of the nation lowering taxes and trying hard negotiations on trade to restore the manufacturing jobs to Americans. What I mean by saying he is the CALM BEFORE the storm will invoke hate mail from those you hate him. But look at this chart. The market will ALWAYS make a correction in the opposite direction of the major trend before the big move. This is the standard human behavior. Trump in this context is a correction within the decline and fall of Western society, but he will not reverse the trend. 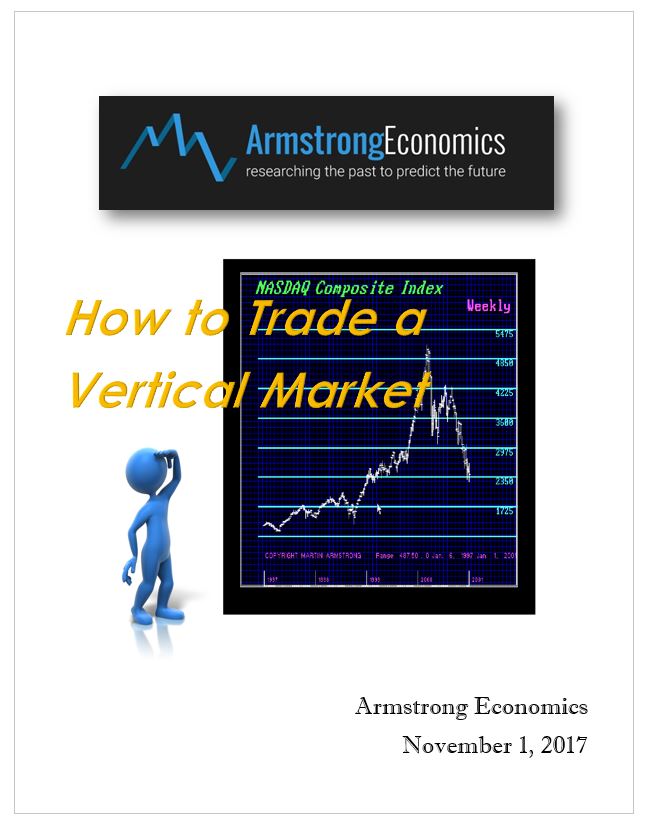 This is what unbiased research reveals. Markets and politics will ALWAYS move counter-trend first and then resume the major trend. Trump was a reflection of the rising discontent with the system as a whole. It was Trump v career politicians. Those who just hate Trump are stupid for they do not understand what is in motion here. They want things to resume without Trump and that trend leads to the collapse of the nation. That statement does not mean that Trump can even reverse the trend. That too is foolish to expect. He has created a small correction for now. It will not last and one way or the other the major trend will resume. I personally do not like that realization. But this is not about my opinion, wishes, or dreams. My clients do not want my OPINION, but what does the computer show. Plain and simple. Trump is just the correction and the trend will resume to our political disintegration.

And as to those who ask if I would ever consider the job, my answer remains NO WAY!!!!!! They would assassinate me anyway before my hand hit the book. The best I can hope for is to contribute after the crash and burn.

We MUST be on guard for at the very least, our models show that there is no way government is going to survive. This strongly suggests that our model, which also shows a dramatic rise in share market prices, will enter a Vertical Market which is the most difficult to trade because of the collapse in confidence. Venezuela is a living example of what happens in the share market with the collapse in confidence in government. Trump is only the counter-trend move. There has to be a larger number of people who can’t wait to have a party when he is thrown out of office. They are only cheering for the demise of our country and are too biased to ever open their eyes.

« Deep State Using Discredit Strategy to Drive Trump from Office to What End?
We have TWO Constitutional Crises At Issue »