The Democrat’s Plot Against Americans

The coup that has been waged from the left against the right is an all-out global political war. They succeeded in bringing Germany to its knees and surrender its culture of austerity. Here in the United States, the Democrats have coordinated with these dark forces seeking not only same-day registration to allow illegal aliens to vote and overrule actual working Americans, but tucked in their proposals we find the seeds to cancel US paper dollars as well which is the political agenda in Europe.

The Democrats are trying to use this economic collapse which is increasingly looking like it has been staged by the Deep State & the WHO of the United Nations to further the Marxist agenda because they know the system is collapsing. Therefore, as the markets crash, the Democrats include in their demands for a massive stimulus package the creation of a ‘digital dollar’ and the establishment of ‘digital dollar wallets.’ As I have warned, they will simply outlaw cryptocurrencies and probably take blockchain for themselves. This has been the covert agenda of the IMF for some time now.

Both Speaker Pelosi’s ‘Take Responsibility for Workers and Families Act’ and the ‘Financial Protections and Assistance for America’s Consumers, States, Businesses, and Vulnerable Populations Act (H.R. 6321),’ introduced by Chairwoman Maxine Waters of Financial Services Committee, have now introduced these concepts as a way of delivering the economic stimulus payments to U.S. citizens. Clearly, this would only delay helping people for it would take months to establish such a system. This only furthers the talk behind the curtain that this whole thing has been orchestrated to destroy the economy to overthrow Trump and Germany, and then in the darkest of hours, the people will surrender all remaining rights to be safe. 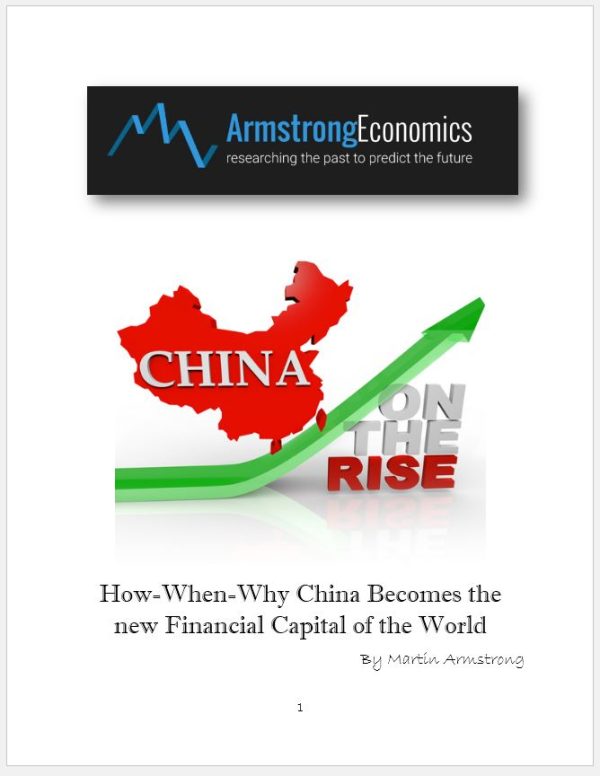 This plot thickens as it reaks with corruption and a political coup by the left on a grand scale. They have been toasting the market collapse. If anyone wondered why Socrates has projected that China will emerge as the financial capital of the world, I don’t think we have to wonder why much longer.

« Why Do Democrats Defend Illegal Aliens Against Americans?
Trudeau Joins the International Coup? »