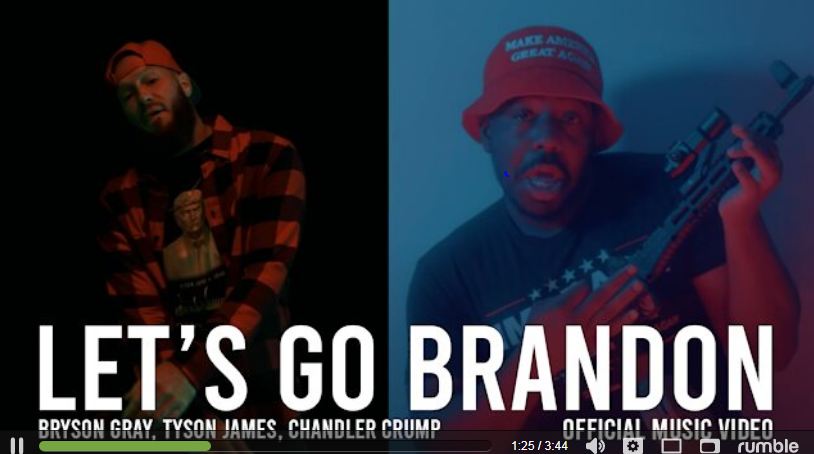 The number one song on iTunes, beating even Adele, was “Let’s go Brandon,” which was banned by YouTube because it is the new saying “F__k Joe Biden.” What has emerged around the country is resistance that has NEVER before been seen in America. The new anti-Biden “Let’s Go Brandon” song by rapper Bryson Gray was censored by both YouTube and Instagram because it is against Biden. Social media is so anti-democratic you would think they are desperately trying to convert the United States into the new hybrid version of the Soviet Union. Freedom of speech has truly vanished. I am writing about this BECAUSE the song made #1 on iTunes. 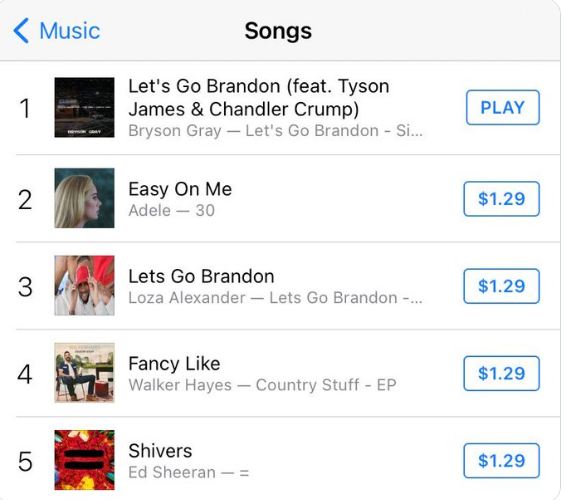 Not only did this rap song against Biden reach #1 on iTunes, but two anti-Biden songs appeared in the top five. It seems like being banned from YouTube and Instagram is becoming badges of honor. For those who are unaware of “Let’s Go Brandon,” the slogan became a meme that began during a NASCAR race. The people were chanting “F— Joe Biden,” but the NBC reporter Kelli Stavast claimed they were saying “Let’s Go Brandon” for the winner of the race, Brandon Brown. This just shows that the media is so anti-American, I certainly do not want to be caught working for the media in any capacity when civil unrest erupts in 2022. 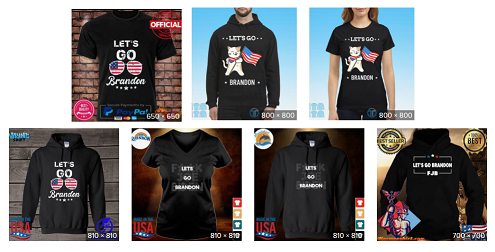 Another version of “Let’s Go Brandon” by rapper Loza Alexander hit #1 on iTunes’ hip-hop chart. It seems that people will listen BECAUSE of the censorship. Are the people at YouTube doing more than painting a target on their foreheads as anti-American, but actually encouraging people to search out these songs? Gray’s version of “Let’s Go Brandon” was taken down by YouTube, claiming it was removed for “medical misinformation.” YouTube first banned the lyric video, and then the music video of the song, according to Fox News. Other versions are starting to appear from country music as well. When I went shopping, there were three separate people wearing “Let’s Go Brandon” t-shirts. This seems to be a fad that may become even more dominant the more they try to suppress it.