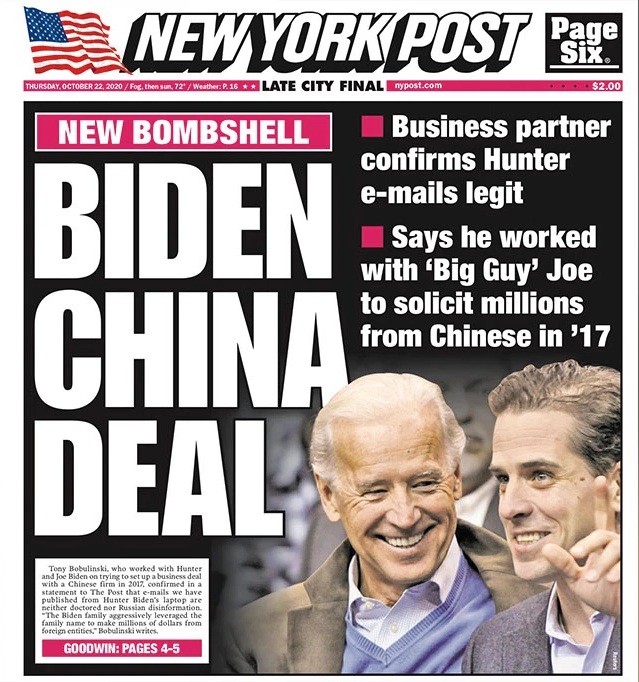 It has been confirmed by the New York Post that Joe Biden was an “eager participant in a family scheme to make millions of dollars by partnering with a shady Chinese Communist firm” no different than Hillary and her schemes. Unfortunately, I spoke to someone who is a Biden supporter yesterday just to try to understand their thinking process. When I asked about the corruption with Hunter, they simply responded that Trump is corrupt too. They will vote against their own family and themselves if not jeopardize their own job all because they have been brainwashed to see just Trump and not the issues on the table. Their personal hatred of Trump blinds them to everything else.

They could care less if this is a global agenda being run from overseas for the Great Reset. They are voting against the country and are the very people fulfilling our computer forecast that the financial capital of the world will be moving to China post-2032. They are voting against our freedom. Schwab’s “stakeholder” argument is nationalizing corporations and ending the very purpose of shareholders. Corporations owe a duty to society – not their shareholders.