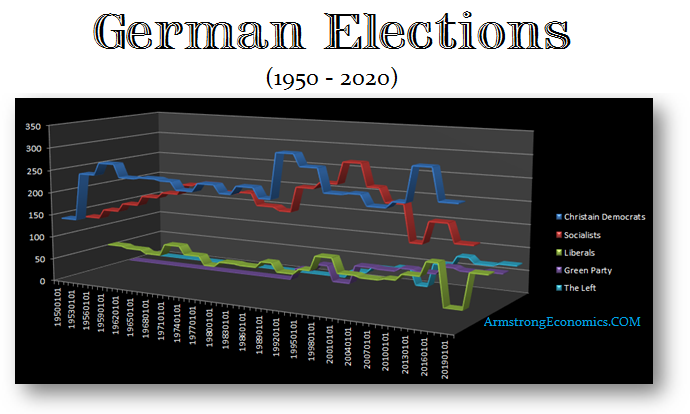 The German elections are today, and once more, like Canada, we will see a political outcome that reflects a very flawed political system. There are so many parties, and the vote will be fragmented more than ever. Of course, the election winner who gets the most votes will need at least one other party to form a viable coalition. There should be a run-off with a second election that pits the two highest winners against each other, and the people should be forced to vote in this manner. I need not remind people that Adolf Hitler won with just 31% of the vote.

The most likely partners for both the SPD and the CDU/CSU are the Greens. Either way, Germany will continue to fall down the rabbit hole. The Free Democrats are business-friendly. Some fear the worst government in history would be the remote possibility of a left-leaning coalition of SPD, Greens, and the anti-capitalist left party. The right party of the Alternative for Germany would be the only party that would ever do anything to bring Germany back to its senses, but they are painted as Nazi extremists. Unfortunately, Germany leans to the left so far that this dooms Europe as a whole and the dream of Euroland.

As I have said, all you have to do is look at the social result of the left. The further a nation moves to the left, the more they oppress entrepreneurship and earn money, reducing economic advancement. There was NOT a single innovation that ever came from Communist Russia or China other than the expansion of nuclear weapons. Russia was desperate for the space race to try to prove their form of government worked. 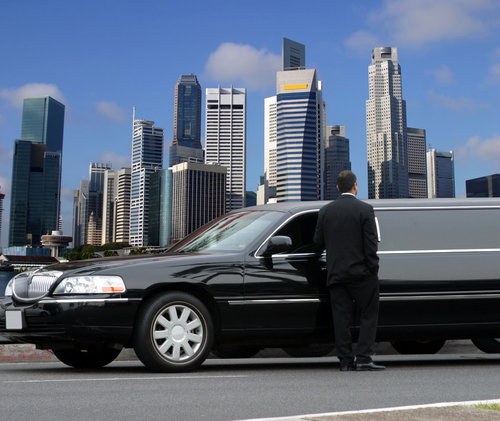 There was a 5-year-old boy who saw a limo drive by and turned to his mother and said, “See ma, that will be me.” Children have grown up and headed for the big city to make their fortune since ancient times, which is why Rome reached a population of 1 million by the 2nd century AD. That was not achieved again until London in the Victorian Age. You went to LA, and there were always beautiful girls as waitresses who were all there looking for their acting break to become famous. Others went to Harvard, Yale, or Princeton more for the connections and having a degree worth more than Trenton Community College.

The “rich” always inspired people to strive to be like them one day. The ones who can not acquire wealth and resent that become the left, jealous and filled with hatred out to destroy the accomplishments of others. This nonsense about “equality” and “inclusion” are words like the icing on a cake. The only equality is FREEDOM, for we all have the same human rights. But one person earning more than another is humanity. We are all different, and our talents are not equal. The danger is when someone like Bill Gates uses his wealth to control the world, or Klaus Schwab tries to impose his will upon everyone else. These are the real criminals, I believe, who exploit their wealth to harm society, which should be a crime.

« Fauci Lying Again? Media Covering up?
The Leader of the Free World Until 2024? »