Do the COVID Restrictions Show How Stupid Politicians Really Are?

We have to wonder just how intelligent so many politicians really are. The number of COVID-19 cases is rising because they are now testing everyone. Pennsylvania requires a test if you return from out of state. The same is taking place in so many places. My neighbors got it because someone visited them from up north. She was even pregnant. They had it for 2 weeks and then it passed. Yes, there are some people who it seems to affect seriously. But these are minor and even Bill Gates admitted that there are some people who even die from vaccines. He also admitted that it would be minor and only about 700,000 deaths by vaccinating the entire world.

Bavaria’s Prime Minister Markus Söder in Germany has called his cabinet together for a special meeting. Because of the persistently high number of corona infections, Bavaria is overturning the easing planned for New Year’s Eve. We will find out what will soon apply to Bavaria. Of course, the number of infections will rise when you compel people to be tested. The number of deaths has declined to demonstrate that this is not such a plague.

A lot of politicians have just jumped on the bandwagon without understanding what is really going on. This is a political “ME TOO” movement and those behind this scam know that if they bribe the major leaders, all the others will follow. It’s called peer-pressure and then they have the media to do it for them. 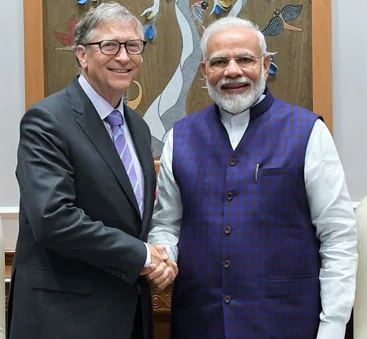 There are serious questions about vaccines that are deliberately being created to prevent women from having children. He has even funded chips to be implanted into women to prevent pregnancies. Gates has long been using the Indian population as his personal guinea pigs. Even when Modi canceled the currency, it was Gates behind that and in fact, Modi just did it and NEVER bothered to tell the central bank in advance. In all honesty, I fail to understand how he has allowed Bill Gates’ free reign. Modi is using in his language something similar to Build Back Better. “We are a forward-looking civilization and a vibrant democracy that looks to interact with other countries to build a better world.” (see Economic Times).

The lack of real clinical trials and investigation of what these vaccines will do long-term and even if they are going to be required 4 times a YEAR just to work or travel, creates a real nightmare and a true host of ethical questions they will not answer. Meanwhile, they are hounding celebrities to publicly take the vaccine. But we have no idea if they would really receive the vaccine of just water. They certainly can not afford any side effects. I would personally not trust anything since this is not such a serious disease.