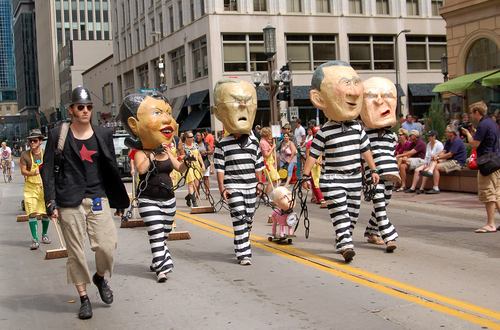 There have been assertions that the formidable group of Cheney, Rumsfeld, and Rice were responsible for all the deaths in the Iraq Conflict. A number of people have responded to the piece I wrote about the movie VICE.  This threesome called themselves “the Vulcans”, after the Roman god of fire. Cheney served as the White House Chief of Staff, from 1975 to 1977. In 1978, Cheney was elected to the U.S. House of Representatives representing Wyoming and reelected five times serving until 1989, when he was the House minority whip in 1989. Cheney was selected to be the Secretary of Defense during the Presidency of George H. W. Bush, Sr, holding the position for the majority of Bush’s term from 1989 to 1993. Remember these years!

What I know from sources was that there was an intelligence report dated September 21st, 2001, that stated bluntly that there was NO evidence linking Saddam Hussein to the 9/11 attacks. Later, in the 2004 9/11 Commission report, they too concluded that there was NO “collaborative relationship” between Iraq and al-Qaeda. Cheney effectively authorized the Iraq Invasion which began on the 20th of March in 2003. Cheney allegedly used the national security excuse to keep Bush sequestered after 9/11 so Cheney could run the government unobstructed.

In 1976, Bill Kristol worked for Democrat Daniel Patrick Moynihan’s United States Senate campaign. Later, in 1988, Kristol was the campaign manager for black Republican Alan Keyes’s unsuccessful Maryland Senatorial campaign against Paul Sarbanes. So Kristol was on both sides of the aisle. He then taught political philosophy and University of Pennsylvania and Harvard’s Kennedy School of Government. It was 1985 when Kristol first went to work in the White House serving as Chief of Staff to Secretary of Education William Bennett during the Reagan administration. Then Kristol became the Chief of Staff to Vice President Dan Quayle (1989-1993) in the George H. W. Bush administration.  This is when Kristol and Cheney were working together.

Kristol wrote the War Over Iraq: Saddam’s Tyranny And America’s Mission with his co-author Lawrence F. Kaplan, which was published on February 1st, 2003, one month and change BEFORE the invasion. Note the timing. This was written to support Cheney. It takes time to publish this book.

Kristol’s book states that the rationale behind the preemptive strategy against Saddam Hussein is simply that he is a dictator who threatens both his own people and the world. That is sufficient to justify the United States invading another country before he does further harm. Kristol offered no evidence to support his case and he simply stated that “we do know that Saddam is a terrorist.” Kristol went as far as to criticize both the first Bush administration and the Clinton administration for allowing the Iraq threat to grow.

Now, based upon INSIDE White House sources, when someone first joined the staff in the White House under the new Bush Jr. Administration in 2001, at the very first meeting the focus was not on the prospects of a recession into 2002, but on invading Iraq from day one!!!!!!

The real issue behind the curtain was that Kristol and Kaplan were articulating a false narrative to justify a political experiment no different than the EU experiment. The real goal was to install democracy in the various countries of the Middle East to eliminate war with Israel. That is an absurd idea that ignores culture entirely. The EU experiment was the same theory which all emerged during the early 1983-1985 period. Federalize Europe and that will eliminate war, which also ignored cultural differences. You can listen to this very same justification stated by former President of France making it clear that the Euro project is to eliminate war.

This audacity of manipulating nations under the pretense to prevent future wars is really deranged. Just for the record, yes I know Bill Kristol and he even spoke at one of our WEC events in 1996. I disagree with the neocons and I disagree with intervening into nations to create democracies. Some cultures have never had a democracy and neither do we. We are a Republic using the pretense of Democracy for if we were a true Democracy there would never have been a war to invade Iraq.