Are the Democrats using the 1932 Play-Book to Overthrow Trump?

The real question nobody seems to be asking, is the 2020 election 1932 all over again? Most people have no idea that there was major civil unrest under the pretense of the Bonus Army just as we now have under Black Lives Matter (BLM) where there were covert groups using the veterans to cover a Communist Revolution that was being waged during 1932 setting the stage for the shift and victory for Roosevelt. We are witnessing the exact same strategy being played out again which is deliberately being pulled off by the Democrats. Anyone who questions that statement should look at Reuters – one of the few news organizations still producing news. Joe Biden’s staff are donating to the groups providing bail for the rioters and looters! 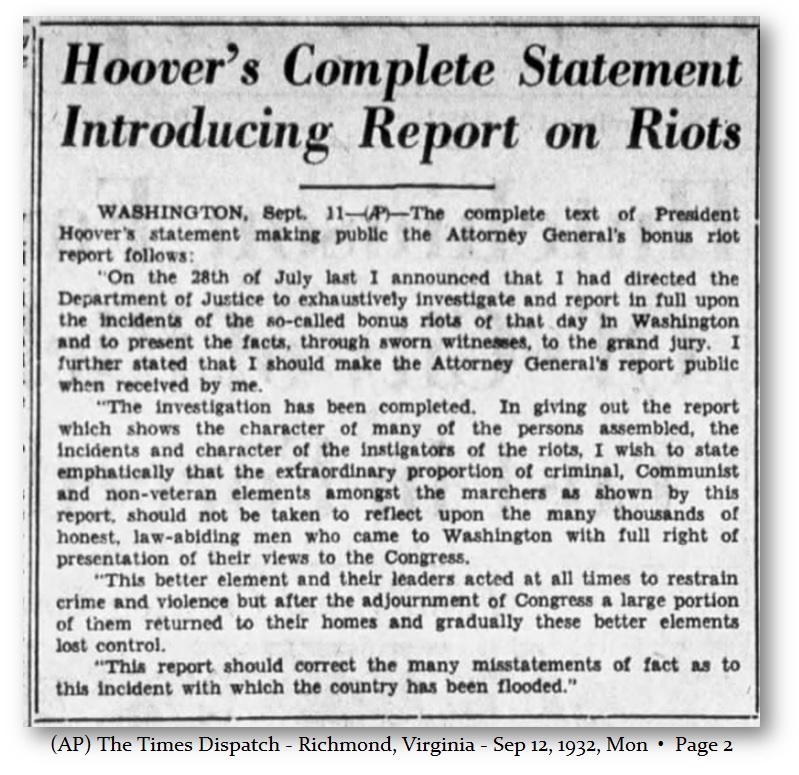 In July 1932, there was the Bonus Army march on Washington demanding their bonus from World War I. However, like the Black Lives Matter (BLM), there were other groups which have infiltrated the BLM movement to turn it violent just as there were non-veterans who infiltrated the Bonus Army to create civil unrest to overthrow Hoover. This is also why Biden and the Democrats say nothing about the riots and the Democratically controlled big cities are crumbling as their Democratic leaders encourage the riots and looting. The California prosecutor claims if looters are poor, then somehow that is an excuse to justify looting! There are numerous Democratic mayors who see the chaos and are switching parties. Even police departments are openly stating they are switching to the Republicans because the “Democratic Party has lost its way!”

Based upon RELIABLE sources, there is a deep concern that the Democratic Party has fallen into the hands of the Global Elitists and the playbook was to create riots, as they did in 1932, but to force lockdowns to crash the economy to mimic the Great Depression. They actually believed that they could turn the country fully into a socialist state and impose this Great Reset while handing out minimal subsistence for living called Guaranteed Basic Income.

In 1932, Hoover offered paid passage to veterans to return home. About 6,000 took them up. About 5,000 remains and it turned out to be mostly communists using the veterans as cover to instigate what they hoped would be a revolution.  Here is a quote from his papers. The Communist leaders were arrested. Here we have exactly the same playbook in operation except the Coronavirus has been used to crush the economy which they hope will dethrone Trump.