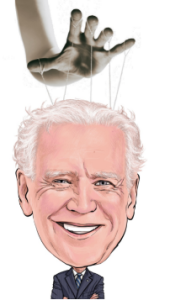 The debate continues on whether Joe Biden will run for re-election in 2024. Any sane citizen clearly would not encourage him to continue ruining America. The Democrats have even voiced concerns over Biden’s effectiveness as a two-term president due to his frequent blunders and low poll ratings. His age and declining mental health have made him a difficult puppet to handle.

In a “60 Minutes” interview, Biden himself admitted he might not seek that second term. Or, perhaps, his handlers have not decided. Biden said he is relying on “fate” and that it is “much too early” to decide whether he is confident in his own ability as president. If he and/or his handlers were confident that he could be re-elected, legally or otherwise, Biden would be confidently stating his desire to continue his job.

Biden told CBS. In March 2021, Biden was confident that he was beginning a four-year term and told reporters he would run for a second term. Times have changed! In fact, Joe Biden said that previous statements about running again were simply intention statements. “Look, my intention, as I said to begin with, is that I would run again. But it’s just an intention. But is it a firm decision that I run again? That remains to be seen,”

The entire interview aired like an ad for the Republicans. This happens every single time he strays from his script, and it is why he rarely makes media appearances in comparison to past presidents. Biden yet again misspoke and threatened war with a major power after saying that the US would defend Taiwan if China invaded. Yet again, the White House back-tracked on Biden’s comments – a difficult puppet indeed.