Collapse in the Rule of Law: The Average American Does Not Trust Courts 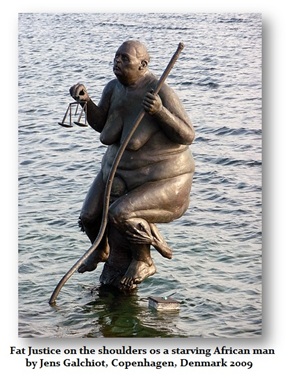 The National Post has reported the sad state of the American legal system – there is nothing left. As they said, “The right to a fair trial just does not exist.” We have reached that point in the evolution of government where the rule of law fades into the night. It is all about corruption; the courts support the system that pays their pensions. This is the symbol of injustice, the fat judge being carried on the back of the people. The National Post wrote back in October 2014:

The United States has an election next week, but nowhere to be found is any discussion of the genuine national crisis in the criminal justice system. To put it dramatically, but not inaccurately, the right to a fair trial no longer exists in America, except by accident. The land of the free simply isn’t that for those who catch the eye of the police. Any nobody seems to care.

According to the Gallup Polls, America’s confidence in government is collapsing. This is part of the cycle and it is necessary to spark political change when the ECM turns down into 2020. The Gallup Poll shows those who TRUST the Supreme Court are only now 30%, Congress has collapsed to just 7%, and a six-year low for the presidency coming in at 29%.