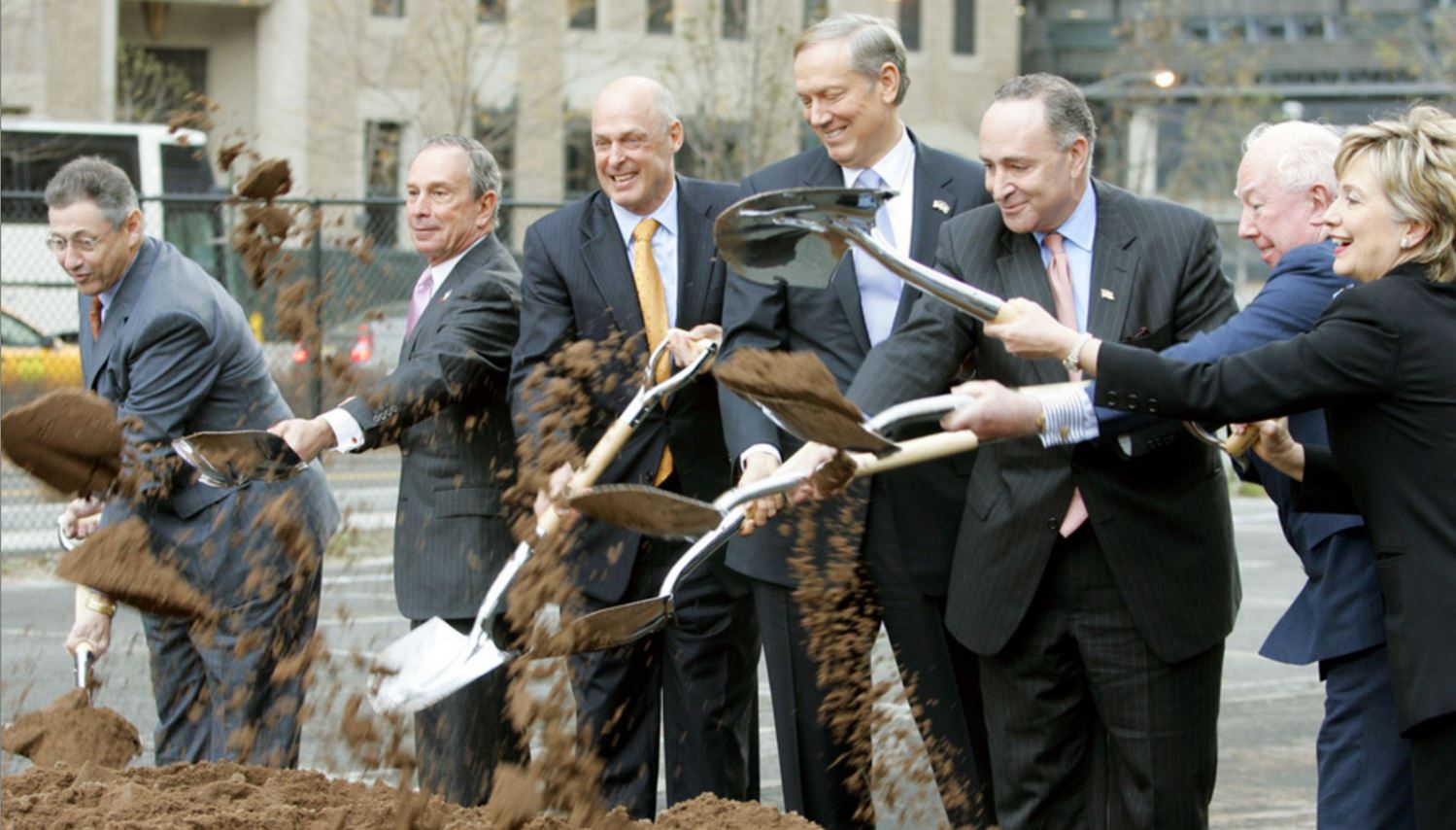 Hillary refuses to explain, no less release, transcripts of her “speeches” for Goldman Sachs. What they paid Hillary for just three speeches is more than Bernie Sanders’ entire net worth after a long career. Here she is at the groundbreaking ceremony for Goldman Sachs’ $2.1 billion steel and glass building, equipped with giant murals, opera-house ceilings, and a gym with over-achiever fitness classes.

Congress created the Liberty Bond program in March 2002 with $8 billion in tax-exempt funds to rebuild lower Manhattan after the 9/11 terrorist attacks. Of course, Goldman was not impacted by 9/11. Nonetheless, it managed to get in on the game and built a new building. The tax deal seemed very strange since it included a region that was not hit in 9/11.

Goldman paid a heap of money to avoid criminal fraud charges in its mortgage-back scam. Goldman said it has agreed to pay a $2.4 billion civil penalty, along with $875 million in cash and $1.8 billion in consumer relief.

Of course, the first Goldman Sachs CEO to become Secretary of the Treasury was Robert Rubin. The Clintons appointed him to that position. So, Hillary’s contacts with the firm go back more than 20 years.