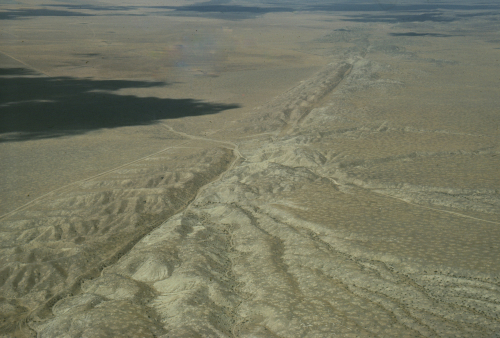 San Andreas Fault in California Can Be Observed from the Sky

Recent studies have revealed that the massive earthquake which struck Mexico actually split a tectonic plate in two. This has done more than just shaken the ground. It has also shaken up the geologist community for this may even introduce a greater risk to California. That quake took place on September 7th, 2017, and was a magnitude 8.2 earthquake that struck southern Mexico. Earthquakes are common events around the world in different degrees. However, this powerful event wasn’t any run-of-the-mill tremor. It actually split the tectonic plate itself.

Normally, earthquakes take place where two tectonic plates meet. They constantly move around Earth’s surface, either grinding side by side, or they will crumble which ends up creating mountain ranges. They can also descend under another plate in what is referred to as a subduction zone. However, this one was a huge intraslab quake which resulted in breaking a plate in two. This means there is now a greater risk for more earthquakes along this fault line.