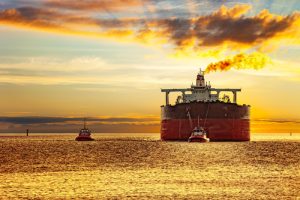 There are many people claiming this is Tonkin Gulf 2.0 claiming it is a false flag of the USA attacking the oil tankers in the Gulf of Oman and using it as an excuse for war with Iran. While the theory may seem to have lived in the conspiracy world, there is so much tension and many moving parts, it is unlikely that such a simplistic account has any validity. True, the U.S. blamed Iran for suspected attacks on two oil tankers near the strategic Strait of Hormuz, saying this is a campaign of “escalating tensions” in a region crucial to global energy supplies. 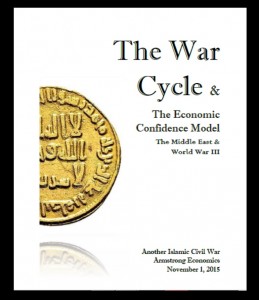 What we must understand is this is not the traditional war of conquest as was the case with Hitler and Napoleon. Nobody is into empire building anymore. This is religious dogma based as laid out in The War  Cycle Report. This falls more into the category of a religious war akin to the Protestant v Catholic conflicts that culminated in the English Civil War. This is a religious conflict where Iran believe the region should run the state and Saudi, UAE, for example, believes in the separation of powers.

There is far more incentive for someone in the Middle East to try to start a war than USA. Trump is not really interested in sending in troops as was Dick Cheney with Iraq. If they could get rid of Trump, there would be a puppet in place to pump up the military sending which many would love.

Do not count on this being just Tonkin Gulf 2.0 just yet. There are a lot of moving parts.

« Trump – Israel – Putin – Middle East
Are the Neo-Cons in League with Israel? »