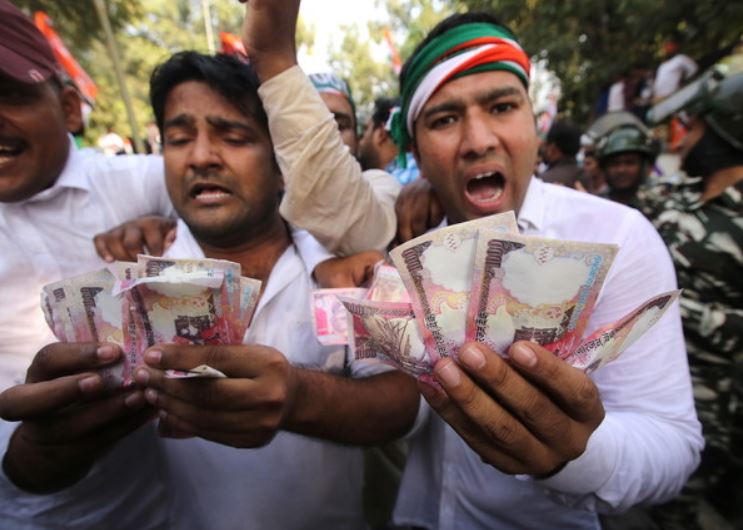 US dollars are soaring in premiums on the street. There is a serious risk that the government has shaken the confidence of the people to such a degree, that they trust the US dollar more than their own currency. Prime Minister Narendra Modi has come out an said the currency changeover could still take a few weeks and could lead to inconveniences, according to the magazine Brics. The Indian economy is a highly cash transacted economy far more so than the United States and Europe. The government has brought the economy to a virtual standstill. Food stores are near closing because the customers have no money. Small and medium-sized enterprises have stopped functioning because the invoices are not paid for.

When Japan would routinely devalue the outstanding currency in the same manner each time a new emperor took the throne, the population responded by using rice and Chinese coins. Japan lost the ability to even issue coins for 600 years. The Indian economy is turning to the dollar. Physical dollars are commanding a premium because they can politically trust the dollar and not their own currency.

Indians are participating in protests against the the government simply cancelling the 500 and 1,000-rupee notes. This has unleashed real chaos in India and the experiment is proving to be a complete disaster, which is good news for the West. Literally, hundreds of thousands of Indians have stormed the ATMs trying to get cash, reports the Hindustan Times. They are trying to get their money out of banks. This has proven in many places to be just not possible as cash is in short supply.