GREXIT – Will Greece be Better off or Worse?

QUESTION: I just read an article about Grexit and the MoU that expires in the summer of 2018. Let’s assume Greece exits EU and the Euro, what would happen to Greece and it’s people? What hardships would Grexit bring to the Greek people and what could individual Greeks do to prepare themselves for these hardships?

Thanks for your blog.
Greetings from Greece!
Cheers,

ANSWER: Things will be much brighter once Greece gets out of the Euro. Brussels is desperately trying to keep Greece in the Eurozone for their survival, not what is best for Greece. The major data is published by various agencies that are directly or dependent upon government and they will always champion staying in the Eurozone. If you look beyond those headlines, you see a different picture.

Most of our clients in Britain who were against BREXIT, now report that things are much better. The manufacturing industry experienced a job boom in the last quarter. Compared Q3 2016, the job market data for 2017 showed that the manufacturing sector witnessed a 24% increase in advertised vacancies over the past 12 months. Jobs have been created in Britain at a faster pace since the BREXIT vote, despite the headlines of the fake news. 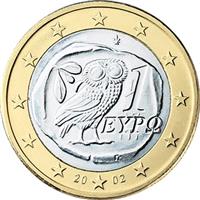 I have explained before that when Britain abandoned the gold standard in 1931, they instantly recovered from the Great Depression. This was the case study that George Warren used to demonstrate to Roosevelt that the dollar had to be devalued to reverse the economic decline. Maintaining the gold standard back then was the equivalent of “austerity” imposed upon Europe by Germany today. It places the bondholders above the people. That is wrong! It is always the self-interest of government that comes first. Everyone just gets this whole issue of currency and the Quantity of Money theory dead wrong. The Austrian School of economics predates the massive government debt era. Today, the government is the biggest borrower within society and they compete against the private sector reducing economic growth. The Austrian School is an old theory that was based upon Gresham who witnessed the effects of debasement of Henry VIII. It was the debasement of currency that was used to fund government and today it is perpetual borrowing without end.

The refugee crisis alone has devasted Greece. The London Financial Times reported in June that bookings were off as much as 70% for tourists. Greece has to suffer refugees that have devastated its tourist business and that has been one of its primary economic sectors. The last time I was in Paris a few months ago, there were Muslim women on every block asking for money on the  Champs–Élysées. Nobody wants to go on vacation and constantly be harassed just walking around.

Bring on GREXIT and you will stop the refugees as well if they cannot get into the EU by going to Greece. The rest of the EU will not help Greece or Italy pay for these refugees. There is no benefit to remaining in the Eurozone. It is time to slam the door on Brussels.