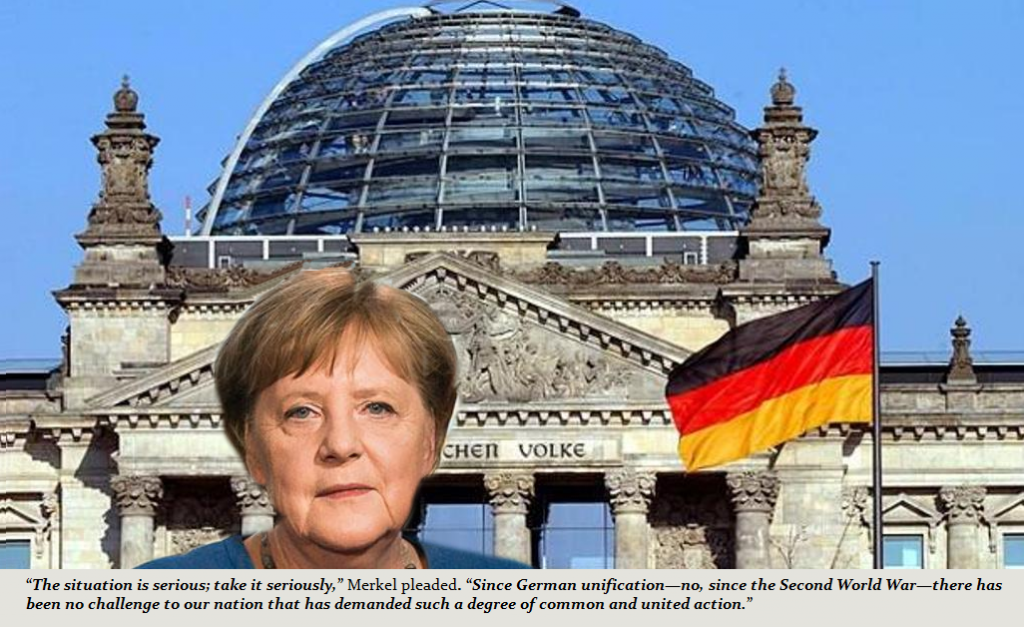 Our sources in Germany are all telling us that instead of boosting support for lockdowns, now that Merkel has come on the airwaves and attached her face for the first time, her support is dwindling rapidly. She grew up in East Germany and this said:

“For someone like myself, for whom freedom of travel and movement were hard-won rights, such restrictions can only be justified when they are absolutely necessary,” she said in her address. “In a democracy, they should not be enacted lightly—and only ever temporarily. But at the moment they are essential in order to save lives.”

With the death toll not worse than the bad flu and the deep involvement of the European leaders with Klaus Schwab, there is no justification for these actions. There was far more freedom under the Communists than what is taking place in Europe right now. Merkel’s appearance may have just shot her career in the foot.

NEVER in 6,000 years has any government EVER locked down its people for a virus. Even the Cholera Plague of Naples in 1884 the government quarantined the city but did not lock down all of Italy.