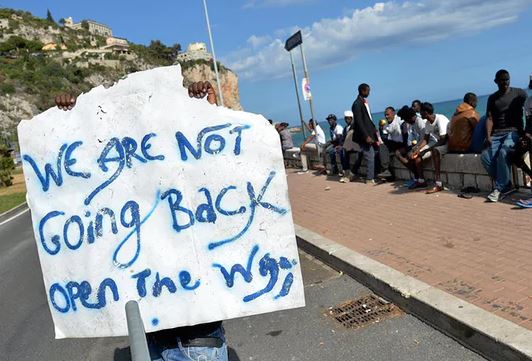 It should come as no surprise that the Merkel government has been trying to hide the extent of the ongoing refugee crisis in Germany. The Merkel government appears to be trying to keep police surveillance of border controls top secret. Despite the fact that Merkel did close the Balkan route into Germany, the federal police continue to report there is a “high number of migrants” entering Germany through the border with Austria. The migration to Germany is continuing. Back in 2015, Merkel boldly said Germany could accommodate 500,000 migrants annually for the next several years, and that $6.6 billion had been set aside for costs related to processing and accommodating them. Germany and Sweden give the refugees the most money for just coming there. Refugees in Germany receive up to €346 per month from the state, in Sweden, the monthly allowance is up to €224. In Britain, the equivalent sum is €217. This is why Germany is the number one destination. This is money to them that was often a one-year’s wage in a single month plus room and board.

The German Federal Police’s internal final report on border controls submitted to the G-20 summit in Hamburg revealed the truth. Accordingly, between June 12 and July 10, 2017, the federal police found 6,125 violations of illegal entry into Germany, and 812 drug-related injuries. In addition, 782 arrest warrants were executed during this period. Quoting from the report which has been leaked:

“These results alone are indicative of the added value of the temporary reintroduction of border controls at the German internal borders,” the report said. They represented a “considerable safety gain”. The high number of arrest warrants made it clear “the need for national investigation and control measures”.
The Interior Minister Thomas de Maiziere (CDU) of the Merkel government ordered that the report should not be published. The Merkel government has tried to hide the refugee crisis ahead of the election. Politicians will just be politicians no matter what country we are talking about and no matter if we look at the left or the right.