Angela Merkel is being Called a Traitor for the Refugee Crisis 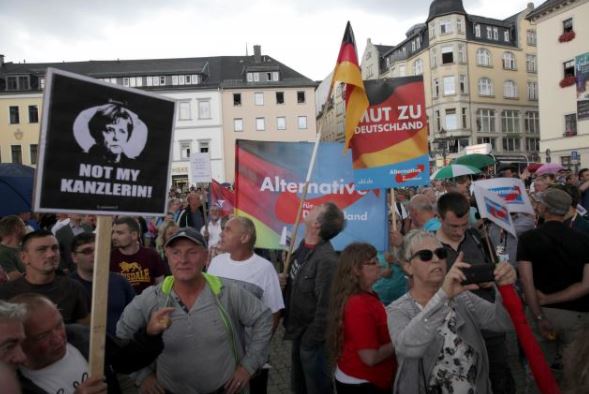 The EU has abandoned Italy while simultaneously demanding that the refugees must be taken care of. Nearly 100,000 refugees have arrived in Italy since the start of this year alone. The Italian government cannot cope with the refugee crisis and Brussels said they cannot exempt them from the restraint of busgets. That means that money for Italians must be diverted to the refugees and they keep coming.

Italy is being pushed to the limit and cannot possible cope with this burden alone while Brussels refuses to compensate them. Let any country refuse to accept refugees and Brussels is quick to condemn them, but wont pay for them itself.

German Chancellor Angela Merkel is solely responsible for the refugee crisis. She is starting to be greeted with shouts of “traitor” by discontent German protesters. Nevertheless, Merkel continues to defend her decision to allow hundreds of thousands of refugees into the Germany.

Merkel only received 16,233,642 votes during the 2013 election which was  37.2% of the popular vote of Germany. So the majority of Germans are really not supporting Merkel. Because they get to form collation governments, that someone who received less that any President in the political history of the USA gets to run Euorpe. Even Donald Trump won  46.1% of the American popular vote. So someone who would never get into office under the USA system gets to dominate Europe.