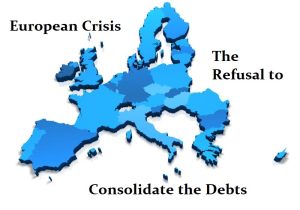 QUESTION: Hi Martin,
first of all thank you for being alive and bring your knowledge to the world. I am also worried for when you will not be here, wondering if there is or will be anyone like you there?
I have a question as I am worried about my parents. They live in Europe, Spain, and they do not have much economic knowledge. They somehow trust in what the bank says, and for now they have their money on a fund which of course is giving almost nothing or even losing. What would you recommend to this kind of people if they just want to leave the money in a place without worrying too much, have better returns than a bank and have money available any time? Would you also recommend a private (non standard bank related) passive fund?
I am worried for the coming system crash as we are in difficult times and there is no “easy investment” by the looks of it. I hope to provide an educate answer to them and try to convince them to not to trust banks.
I guess this is the situation for a lot of people in the 70s, 80s in Europe. Last years most of them has lost a lot of money because of the bad advice from the banks whom they used (and somehow still but they are seing a bit the reality) to trust.
Thank you in advance.
JS

ANSWER: The real liquidity crisis hit in Europe. When the 2008-2009 crisis hit, the US bailed out the banks by taking the bad assets off their books. In Europe, they would not do that because it would mean money might flow from the north to the south to bail out banks the north had no respect for. Instead, they left the European banks with all the toxic losses and cut rates to negative, hoping the banks would make money on their own to cover their losses. That never happened. So Europe has been unable to recover all because of that policy which refused to consolidate the debts.

I do not like to recommend private funds that would impose a duty on me to constantly monitor them. I don’t have the time for that, and I do not charge for what I do so it would require ongoing resources and that would mandate a fee.

I also do not sell advertising on here because someone might think I am endorsing a particular investment just by allowing them to advertise. So I am careful about this sort of thing and understand that people respect me for my independence. I like to keep it that way. I even had a first-time attendee to one of our conferences remark I didn’t try to sell him anything. If I am trying to sell somebody something, then you do free seminars to get as many people to attend to listen to the sales pitch. Sorry, I am not selling investments.

All of that said, the best I can do is to say move the bulk of the money out of Europe to a major name money market fund investing in AAA short-term paper in the USA exclusively. This would be the best thing to do probably into 2021 before we would need to review the trend. Stay liquid. The politics in Europe will prevent any bailout. This will only lead to more discontent in Europe and put greater pressure on the separatist movements.