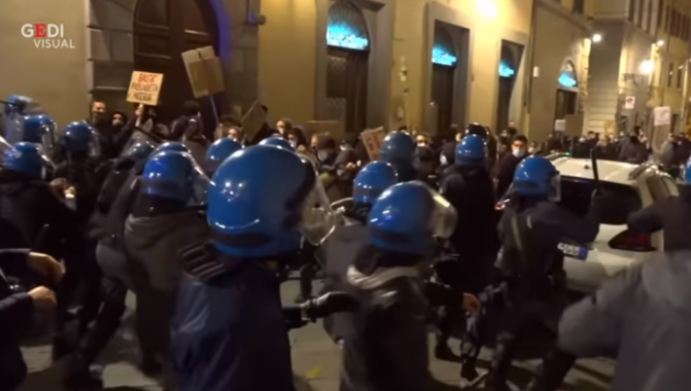 There was a very serious uprising in Florence during demos against the Corona measures as reported by DWN. The “police officers acted particularly brutally against the demonstrators. The officers also beat bystanders.”

The people are chanting “We want to work. We are hungry”. The EU lockdowns have already seriously reduced the food supply and their new measures that everything has to be organic will drastically reduce the food supply, even more, fulfilling our model. Our Revolutionary model for Europe is right on target. The EU politicians are fully on board with Klaus Schwab’s Great Reset.

The plan is taking shape that they know the present Keynesian-Economic Model is collapsing. They will be unable to fund themselves with borrowing and the recent sale of the EU bonds was an attempt to try our warning that the debt had to be consolidated if the Euro was ever going to be competitive with the dollar. But this is too little too late. The individual states still need to issue debt and the central bank must keep rolling what it already has purchased.

The Great Reset is a scheme that tells the government to end all debt, public and private, thereby restoring Communism 3.0 claiming you will own nothing. All pensions will be replaced with Guaranteed Basic Income. They will simply print the money as needed ending private ownership. This is what the politicians are up to because they know the financial system is collapsing and it is taking socialism with it.

Even Lenin distinguished Socialism from Communism and recognized that Socialism cannot work without a totalitarian state. This is the future they are trying to create which is why these lockdowns never end.

Even Boris Johnson has reversed everything and is trying to prevent BREXIT. He too has reinstituted a full lockdown starting this week and refuses to say that it will not be extended canceling Christmas as well. Our models on the civil war in Britain also turned up here in 2020. This can be as profound as the English Civil War (1642–1651). This runs straight into 2032 where it does not appear there will be a Britain still standing as we have known it. 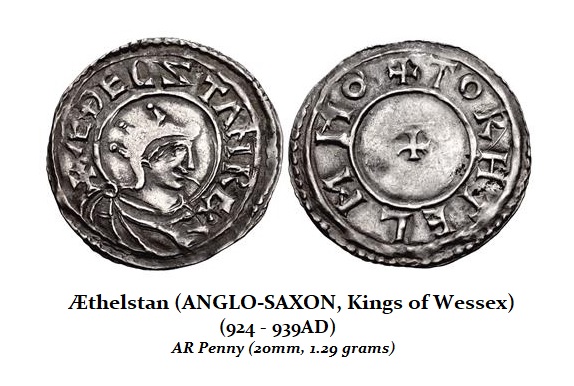 Æthelstan (924-939AD) was king of Wessex and the first king of all England. The End of monarchy also appears to coincide with 2032. 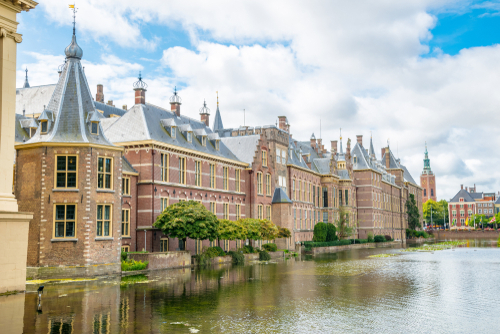 Meanwhile, the Dutch Parliament has just voted in favor of new legislation called the “corona law” which even will allow them to make masks mandatory. They can now enter and arrest people in their houses and they can arrest people for not keeping 1.5m distance. This is clearly a major effort in Europe to crush the economy into dust in hopes of rebuilding it Green at the direction of the World Economic Forum and Klaus Schwab.