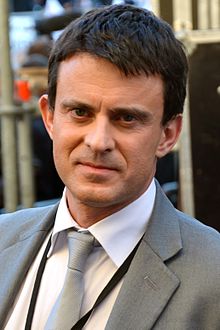 After months of controversy over the labor market reform that was designed to end excessive socialism in France, the French Government has bypassed the final vote in Parliament altogether. Given the resistance in his own camp, Hollande and the Prime Minister Manuel Valls in the National Assembly are using a special rule that allows them to effectively circumvent the democratic process. This trick is to simply assume that the law is considered adopted unless a motion of censure against the government is provided and successful. That is considered extremely unlikely. Therefore, this is providing cover for the politicians who can say they never voted for such a reform of labor laws.

This labor reform should loosen labor laws and give companies more flexibility, and in this manner, they are hoping companies can easily create new jobs. The classic opponents fear for workers’ rights will vanish and several unions have repeatedly protested. They cannot see that their one-sided labor monopoly is destroying jobs and economic growth. This is part of the crash and burn. Still, the labor unions will fight for themselves and refuse to see that they themselves are causing the economic decline.

The French unions are notorious for their communistic ways. They themselves chase companies out of France. For decades, when we advised clients looking to establish plants inside the Eurozone prior to 1998, we always warned them against France. After being threatened with closure back in 2014, workers at a French Goodyear Tire factory outright kidnapped two company executives and held them hostage; promising to hold them until “enormous amounts of money” were paid to them. You cannot imagine why anyone would even want to be assigned to run a foreign company in France these days.

Labor reform is desperately needed in France, but the unions are effectively communistic organizations who will generally act only in their self-interest, even if it is against the interests of the people. So, this will only fuel our models for civil unrest moving forward.