Europe Begins to Rebel Against Austerity 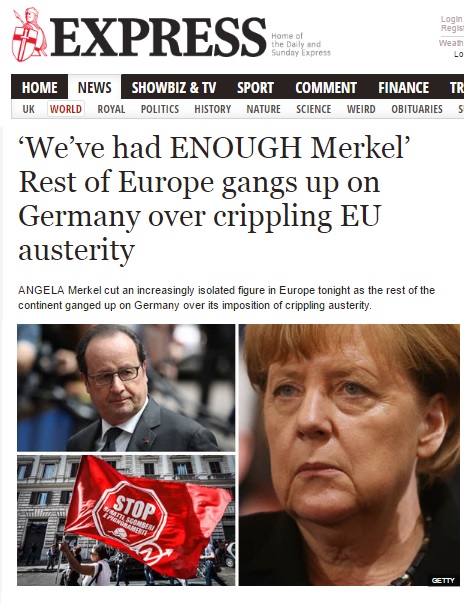 COMMENT: Mr. Armstrong; I attended the Berlin Conference. I have to say that you have done an excellent job of laying everything out from the rally in the euro back to 116 to the rally in gold and its failure to get past 1362 not to mention Brexit and the breakout in the Dow. You alone called for Brexit and that from there Europe would begin to unravel. Today, it was reported that the rest of Europe is ganging up on Germany over austerity. I sold the pound, bought the Dow and sold gold watching 1362 as you have explained how to trade. For an idiot like me to beat everyone I knew was really spectacular. You will have three more people joining your WEC.

REPLY: If you just step back and go with the major trend instead of trying to catch every wiggle, sometimes you just outperform the crowd. Yes, they are starting to ban together against Germany and that includes France. Deflation is raising the real value of loans and makes debtors unable to repay. That was the very essence of the Great Depression. Germany is just focusing on the last event of hyperinflation. As they say, we tend to always fight the last war.