EU Finance Ministers Change Their Minds Because of a Greek Referendum 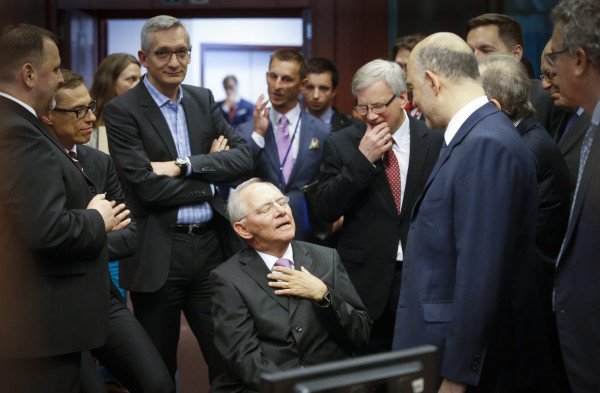 The EU Finance Ministers have been lying to the public for so long that they believe their own propaganda. The German press has called them for what they are — hopeless fools who “…are totally overwhelmed and compensate for this condition with a good dose of arrogance. But the whistling in the dark is detected by the voters for what it is: a sign of weakness.”

The Deutsche-Wirtschafts-Nachrichten wrote a pointed piece stating bluntly, “Not a single finance minister has even the spark of an idea how to proceed.” Suddenly they opened the door for continued Greek negotiations after closing it in the afternoon.

What is going on here? The fear stems from the referendum. The bank run in Greece is not a major panic. Some are running to the banks, but it is not a full scale panic. So what is behind the change in heart? The ministers got calls from the political leaders asking, are they crazy or just insane?

The greatest fear in Europe is allowing the people of any country to vote. If the people start to vote against the dictatorial austerity policies, the Federalization of Europe would collapse. They cannot allow any democratic process or they will see Brussels fall.

This is the silver bullet — let the people vote. This is what they are most afraid of in Brussels for they would all be out of a job.