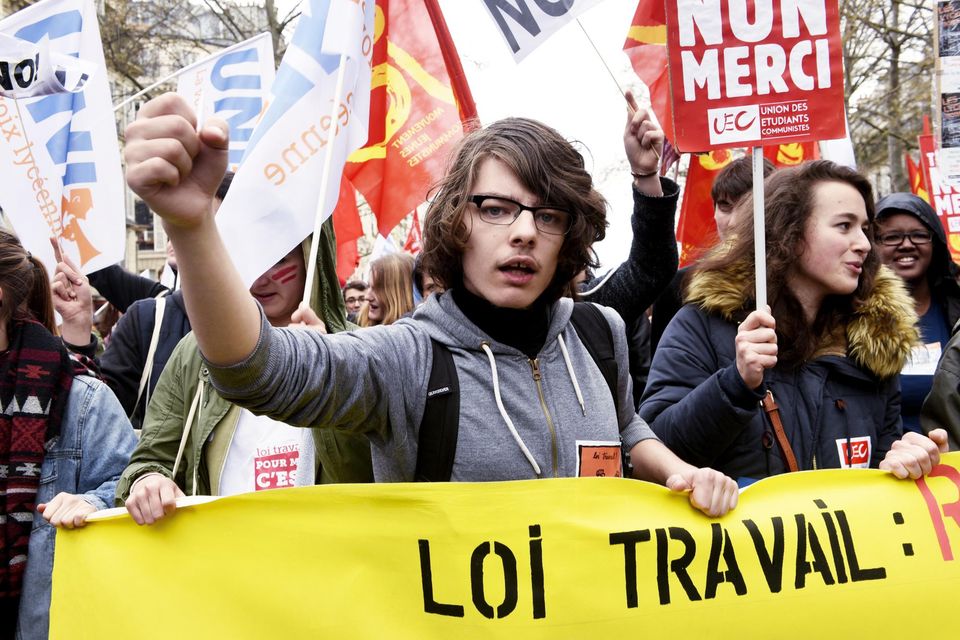 Well, now it’s official : the french government has banned a massive trade unions demonstration that was supposed to take place tomorrow in Paris.

So a socialist government did what has never taking place since 1962, during the Algerian War.

It is very significant because it’s a left leaning government that took such a decision against trade unions. That will ignite a civil war within the “left”. As you know, in France, the “left” is the name of a tactical alliance between Marxists and socialists to fight the conservatives or the far right. The current “left” was created by socialist president François Mitterrand back in 1981 when he merged communists and socialists to win the presidential elections.

We’re getting closer to the 224 years cycle in France, with the fall of the monarchy back in august 10th 1792 when the republican crowd stormed the King’s palace in Paris. This crucial day is also known as the “second revolution” for the left revolutionaries succeeded in their attempt to topple the moderate reformists led by Lafayette who were supporting a constitutional monarchy.

Well, maybe the civil war within the “left” will turn into the full collapse of the french socialism and its republican regime.

REPLY: Yes, the 224-Year Cycle for Political Change in France hits now in 2016. That combined with BREXIT and so many other cyclical trends, including the Civil Unrest and War Cycles, are all combining to make Europe very volatile.