PETA Calls on Fauci to Resign 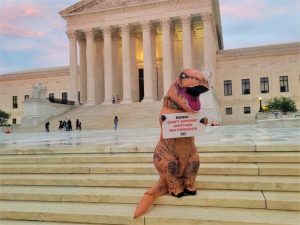 PETA has finally spoken out against Dr. Fauci’s cruel experiments on beagle puppies. When the news was first released, the agency was banning anyone who tweeted them about Fauci, but now, PETA is calling upon the Biden Administration to fire all National Institute of Health heads. Although PETA certainly has their own extremist views on other topics, they are making valid points about how utterly unnecessary these very expensive tests have been.

PETA Vice President Kathy Guillermo appeared on Tucker Carlson’s show in 2019 and explained how 90% of studies on animals ultimately fail to produce viable medications for humans. Yet, half of NIH funding goes toward experiments on animals. She said that animals are cheap, universities and agencies receive large amounts of funding to carry out these “experiments,” and most of them are done in secrecy.

Newsmax directly asked Guillermo if she thought Fauci should resign, and without hesitation, she said, “Yes!” As a reminder, the Food and Drug Administration does not require animal testing to pass new drugs. PETA has raised the flag and called for NIH Francis Collins to resign for conducting similarly cruel experiments. Fauci’s experiments “amounted to lies,” and Guillermo is now calling on Americans to urge President Biden to remove Fauci from office.

Billions of taxpayer dollars are going toward these experiments that have not produced any significant improvements toward human life. PETA’s page to remove Collins notes, “Eighty-nine percent of preclinical experiments can’t even be reproduced—which is fundamental to good science—resulting in an annual waste of $28 billion.” An annual waste of $28 billion is beyond alarming. Fauci has moved on to testing drug concoctions on humans, and we need to wake up and realize that we have become the new sample group.