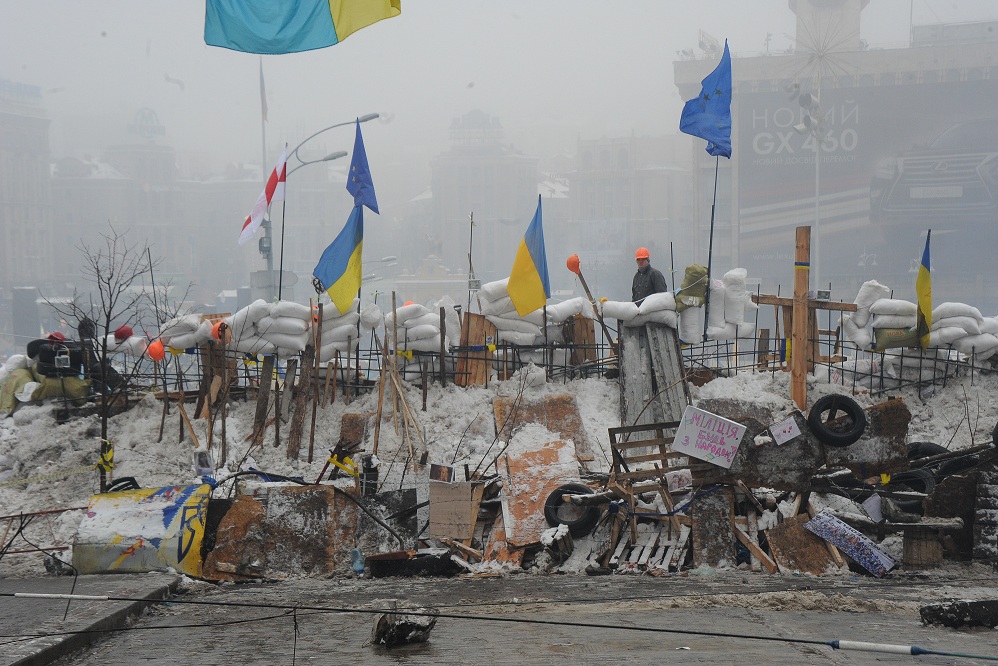 QUESTION: Hi Mr Armstrong,
I so much appreciate your lifetime of work and dedication to the Truth. I really appreciate so much your history lessons and deep connected objective lessons into the cumulative interconnecting web of this world we live in.

I ask a large favor .

Could you explain some Ukrainian History and in particular go into the modern history of the economic war with Russia and the US Deep state and explain how the Biden’s , Obama and the Clinton criminal machine along with the entire corrupt web of scum have and continue to infect Ukraine and how you and socrates see the future for Ukraine and our region, please .

So many of our people have been killed, murdered, mutilated, tutored . Very few Americans have even a faintest idea what life is like to just survive here . Suicides everyday.
I would love to somehow expose the Biden’s , Clinton crime family and all those criminal psychopaths.

Our entire one beautiful culture has been forever destroyed by the American MIC . Out men have been destroyed , our best killed, and all that is left is alcoholism !! and now psychopathic old men from America, from Britain come here to use our women as prostitutes !!!

I cry for my country , BUT there is NO justice as America continues to kill millions of our people with their greed, their assassination teams!!. ALL in the name of GREED.
Even in America we see the destruction of the USA.

But at least our people here in Ukraine have morals and a strong spirit as we fight for our freedom .

You Americans (not you Mr. Armstrong, as you are a true Hero and a man of absolute moral fibre and deep honor !!) , but most Americans we see as naive, nascent but worse they are cowards .

Thank you Mr. Armstrong for being the rarest man of honor

ANSWER: I have personal friends in Ukraine. I heard back in 2013 that Ukraine would be an important country to watch and that has not changed as we can see with Trump’s impeachment. I was providing advice with respect to the revolution and explained that the key to success was to divide the government. Yanukovich was using Russians and East Ukrainian Russian thugs as riot police in Kyiv. I explained that they had to get the local police to turn against the imported police. Once they accomplished that, the revolution would see victory. I had personal friends there on the barricades and I knew others administering medical attention to the injured. Even my mother was concerned because she had come to know some of them as well.

I believe the disinformation campaign began with the vast majority of pundits claiming the revolution was all orchestrated by the CIA. That was a cover-up so people would not look at the corruption of Obama/Biden and their effort to seize Ukraine. What was really taking place was the threats that if Obama’s/Biden’s handpicked successors were overthrown by the people again, that they would be on their own and the West would not protect them from the Russians.

I know it was not a CIA plot. They are not that good. This was a legitimate uprising for I was talking directly with my contacts in Kyiv.

The government that Obama/Biden stuffed into Ukraine was one that was simply willing to switch sides to the highest bidder. Many were simply the very same people who supported Yanukovich. Biden’s level of corruption is off the charts. It has directly infected Ukraine and has done far more damage by preventing the Ukrainian revolution from accomplishing its goal. Unfortunately, the politics in America is so divided that the Democrats will protect the Biden corruption machine, which is just a twin to that of the Clinton’s.

CNN will NEVER publish the truth about Ukraine or the Democrats. It is no longer a news operation, it has become a propaganda machine that AT&T should be embarrassed to support. One has to wonder why AT&T has become so subversive threatening the image of America internationally and fueling the deepening division in America that will undermine the entire country long-term.

Anyone who dares to try to speak out about Biden and Ukraine in America is immediately attacked. If the Justice Department investigated Biden and his family, the Democrats would call it interfering with the 2020 election.

I believe you will see another uprising in 2022 where perhaps, at last, you will be able to overthrow the corruption supported by the Obama/Biden oligarchy machine. I am sorry that the media in America has become part of the corruption that oppresses your country. In Ukraine, the Obama/Biden grip on corruption was a silent counter-revolution that prevented Ukraine from achieving its freedom.