Nearly Half of Canadian Families Experiencing Some Difficulty Affording Food 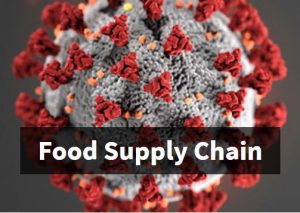 We reported that food prices are on the rise in Canada and worldwide. A recent survey (n= 5,011) shows the impact inflation is having on Canadian families. According to a poll by the Angus Reid Institute, nearly half (46%) of respondents said they were having “some difficulty” paying for groceries. Over one-third (37%) said they found feeding their families “difficult,” while an alarming 9% revealed it has been “very difficult” to put food on the table. Despite growing wages, 43% said the increase was “not even close” to offset additional costs. When asked whether the cost of living or losing income was of greater concern, 87% said that inflation impacting their cost of living is their main worry.

All the data coming in is consistent with Socrates’ forecast that food prices should rise between 2022 into 2024 due to shortages, as we have seen with the ongoing supply chain crisis. While developed nations may not be at risk of famine, there is a 17.2-year cycle to famines extending back to 2200 BC. For example, the famine in North Korea during 1994-1998 claimed an unknown number of lives. The North Korean government maintains that “only” 225,000 to 235,000 died during the famine, while others believe the number is closer to 2.5 million to 3.5 million. Food rations and famines have occurred in recent history, and it is not far-fetched thinking it could happen again. Our models indicate that in certain parts of the world, the cycle beginning in 2022 will extend into 2028/2029.