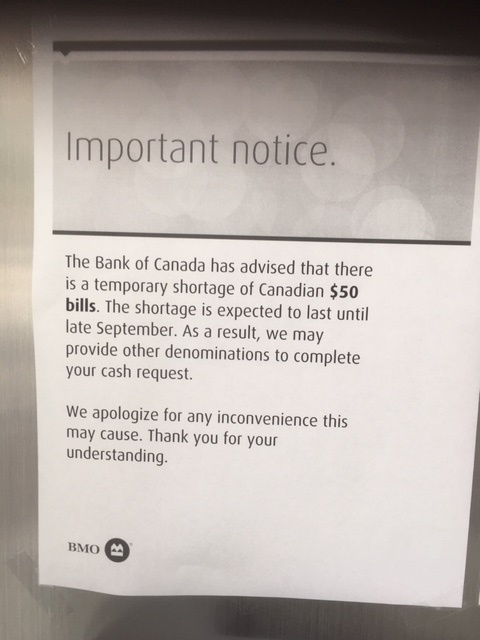 A reader sent in this photo that was posted at the head office branch of Bank of Montreal in Vancouver, which is one of the largest banks in Canada. This is a trend that is beginning to appear around the world. However, central banks are using the virus as an excuse to cut off the supply of paper money to go all digital. This is not necessarily in accordance with the political direction of the immediate political agenda. It appears to be unfolding autonomously just to get people accustomed to the idea that physical money is on its way out. 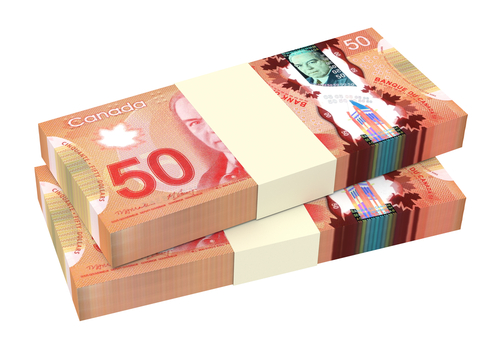 There is a rise in hoarding cash globally. Canadian dollars are being hoarded domestically and to some extent in Asia alongside the US dollar. Europeans and Canadians are used to paper money and coins being canceled routinely so the average person understands that they cannot hoard euros or Canadian dollars in quantity.

In the case of Canada, the paper currency of the colonial governments, prior to each entering confederation, are no longer valid as was the case with the colonial paper money issued by the various states before joining the United States. However, the Dominion of Canada currency of Her Majesty’s Government issued 1870 and 1935, is also not valid. Additionally, Canadian chartered banks, from pre-Confederation to 1944, which also issued currency, is also not valid. Canada, like Europe, old banknotes are canceled and can be redeemed at the Bank of Canada. But that creates risk for large sums. The question will be – taxes.