Rating Agencies Testify Before Congress for their AAA-Ratings after 2007

Standard & Poors downgraded United Kingdom (UK), which is comprised of England, Northern Ireland, Scotland, and Wales, from AAA to AA. This shows emotional and political bias rather than any substantial change in economics; they are making good on their political threats of 2015. S&P rates China at AA- and the European Union at AA+. S&P, who is notorious for selling its ratings during the last bubble, claims: “In our opinion, this outcome is a seminal event, and will lead to a less predictable, stable, and effective policy framework in the U.K. We have reassessed our view of the U.K.’s institutional assessment and now no longer consider it a strength in our assessment of the rating.” First of all, such an excuse would be justified with every US presidential election. Additionally, this downgrade before anything is settled is entirely inappropriate, especially when no government has NEVER paid off its debt and continues to borrow year after year.

It would be astonishing, just for once, to listen to how can government debt be rated AAA at any point since they routinely default, impose cuts, and never honor their debt anyway. A historical review of top corporate debt does not reveal any loss in capital whereas government is often restructured. Moreover, with the long-term progression of inflation, you receive less in purchasing power upon maturity of 30-year debt, meaning you actually lose money. Now with negative interest rates, they are clearly defrauding investors who buy government debt. So if the criteria is that you would risk not being paid back when rates are negative, then no government debt should be rated above junk bond status.

S&P is once again playing politics and one must wonder who paid them this time. If we look at economic growth, it has been declining since Britain joined the EU and it has had chronic trade deficits post-1985. So all the hoopla over BREXIT will prove to be a lot about nothing.

Looking at the UK, it shipped US$460.1 billion worth of products around the globe in 2015. This amounts to about 2.5% of total international exports, which is estimated at $18.686 trillion. Now, breaking that down, about 53.6% of UK exports by value are delivered to European trade partners. On the contrary, 22.5% are sold to Asian importers, 16.1% to North America, and just 2.6% to Africa.

United Kingdom’s top 15 trade partners by dollar value during 2015 are below with the percentage of UK exports:

Yet, if we look at interest rates, the UK is at US levels departing from the ECB. They can only do that with a separate currency. The economic risk lies in the European Union, and not in UK. Clearly, S&P is playing politics to lower a credit rating before any action is even taken. One would suppose the same would be justified if Trump were elected. I would guess Hillary’s supporters will pay for that one. 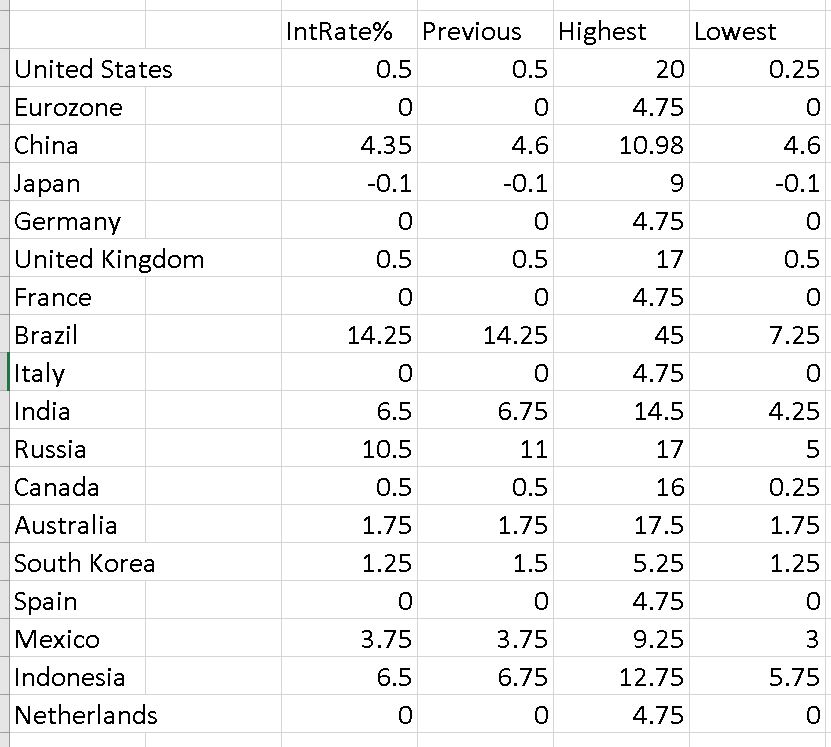 « Soros Lost Big on the Pound This Time
British Politics in Disarray? »