Rating Agencies Testify Before Congress for their AAA-Ratings after 2007

S&P has issued a warning of a UK downgrade if it exits the EU. Quite frankly, we have reviewed the trade flows and this is purely politics; it is certainly not beyond the possibility that S&P is being told what to do and say, just as they were in 2007. Both Moody’s Investors Service and Standard & Poor’s Ratings Service placed their once revered triple-A ratings on the Goldman Sachs’ Abacus deal.

There is absolutely ZERO reason to downgrade Britain for leaving the EU. Honestly, Britain will be at a greater risk if they decide to stay in the EU, for they will be saddled with increasingly higher bailout contribution mandated by the EU. This threat seems to be driven to influence the politics in Britain, and on that score S&P should be fined. They played the same nonsense with Scotland.

S&P is clearly playing the political game; one must question who is behind this and there should be an investigation. Rating agencies should NOT issue political warnings. This is undemocratic and obviously, they never heard of the right to vote. 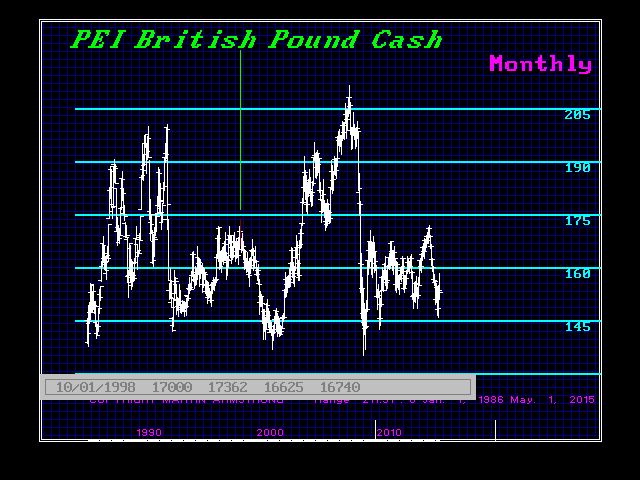 This very same nonsense took place when the euro was being formed. The dire claims Britain would fail if it stayed out of the euro led to massive selling short of British pounds against the Continental currencies starting in 1998. Similar warnings were made but the euro peaked against the pound in 2000, and the dollar peak was in 2001. Then the pound rallied thanks to all those bullish comments on how the euro would displace the dollar and the pound. Those comments created a massive pool of shorts that had to buy back their stupid positions based upon headlines rather than reality.

This is more of the same and S&P should be seriously investigated. They are starting to play politics FORECASTING what they will do IF THIS TAKES PLACE. An analyst lets the number speak – not opinion. Amazing how they still have any credibility after 2007 fiasco.

« Debt Deals & Grexit
Ecuador – a Preview of What Is Coming? »