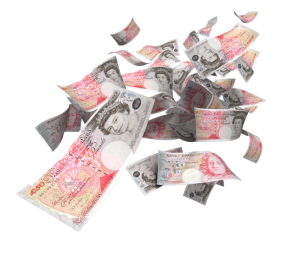 The Bank of England has admitted defeat, admitting they cannot prevent a recession. The pound fell to the lowest level against the USD on Wednesday afternoon after declining 0.64% to $1.145. When asked if the central bank could prevent the next recession, Governor Andrew Bailey was blunt in his answer. “Insofar as the war is having this huge effect, the answer to that would be no.”

I touched more on the decline and fall of Britain on the private blog last week. Socrates agrees with Bailey’s pessimistic stance. Inflation has surpassed 10% in the UK, and food and energy costs are expected to rise continually. The Bank of England now projects that the economy will shrink during Q4 2022, and the decline will continue until the end of 2023. Our models state that the decline will last longer than they expect.

If the new PM Truss is any indication of where policy is heading, Britain is in big trouble. Central banks do not like to admit defeat either. Look how Powell carefully changed his stance over the course of the year in terms of inflation. He did not want to create a panic by telling the public that they were screwed. The BoE has no other choice but to be brutally honest. The heads of central banks are now coming forward to offer their condolences for an issue they helped to create with artificially low rates. The BoE is still in better shape than the ECB, but that is not saying much.