The Discovery in Volterra 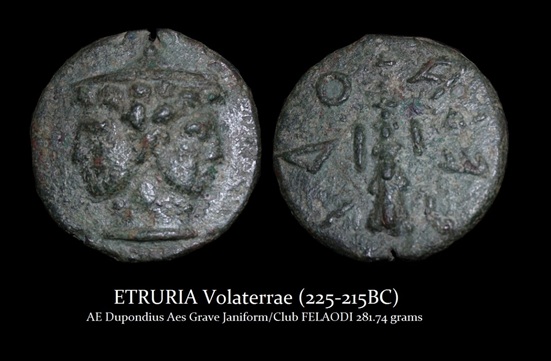 In Tuscany, Italy, a major discovery has been made of the only amphitheater to have been discovered that was never excavated before. This is being called the “Archaeological Discovery of the Century,” for everything else has been cleared over by people for centuries. The location is the ancient Italian city of  Volterra, which was once part of the Etruscan culture dating back to the 8th century BC that was eventually conquered by Rome. The coinage of Volterra was cast bronze clearly showing that the monetary system dated back to the Bronze Age when the Minoan culture was the great empire prior to 1650 BC and the eruption of Thera known today as Santorini.

The archaeological discovery is very important. It will be most interesting to see what comes out of this site, but then again, they are using COVID to crush society for the real end goal of climate change.